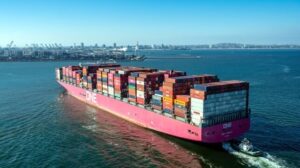 The container ship market took the lion’s share of the newbuilding activity this past week. In its latest weekly report, shipbroker Allied Shipbroking said that “the newbuilding market recorded an active week, with a good flow of fresh projects coming to light and covering all the key sectors as illustrated in the table below. After a long period of time, the containership market managed to regain the lion share of the market, coming in as a surprise when compared to the corrections noted from the side of earnings. The overall positive market sentiment for the tanker market helped drive a fair number of new orders over the past few days. On the dry bulk side, it seems that the slight uptick recorded in the freight market these past few days has helped provide a boost in newbuilding activity as well. All-in all, we can anticipate that given the positive sentiment that prevails in the market at this point, the anticipation is for a further boost in newbuilding interest, helping hold activity at a fairly vivid tone for the upcoming weeks”.

On the dry side, Chellaram Shipping ordered 2 x 62,000 dwt Crown 63 Plus at Sumec, a New Dyang subsidiary at an undisclosed price and for delivery beg/mid 2025”.

Meanwhile, in the S&P market this week, Allied said that “on the dry bulk side, things prevailed on a modest tone as of the past week, given the relatively fair number of units changing hands. It is now explicit, that the SnP market is in a state of restabilizing, given the bearish pressure in terms of asset price levels, which is a mere reflection of the lack of clear direction noted in terms of freight earnings. It is rather tricky to argue at this point, how the SnP market will respond even on a short-term basis, with the transaction flow though, most probably remaining excessively volatile for the time being. On the tanker side, most anticipate (to some extent at least) activity to prevail on a more fervent tone for yet another week. As both asset prices and freight values continue gaining momentum and appear more robust, we may well expect the SnP market to respond positive to this trend as well, with a fair flow of fresh deals coming to light during the remaining part of the year”, the shipbroker noted.