Nigeria lost $2.5bn (about N1.04tn at the official exchange rate of N415.63/$) to other countries in 2021 for the Maintenance, Repair and Overhaul services on Nigerian aircraft and other facilities, the Federal Government announced on Tuesday. 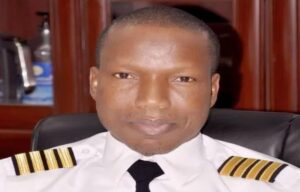 It disclosed this through the Federal Airports Authority of Nigeria at the FAAN National Aviation Conference in Abuja, stressing that the absence of an MRO facility in Nigeria was costing the country billions of dollars annually.

The Federal Government in its aviation roadmap has been making efforts to establish an MRO facility in Nigeria. The Federal Ministry of Aviation recently took possession of 12,000 hectares of land in Abuja for the development of the facility and other aviation projects.

In his address at the conference, the Managing Director, FAAN, Rabiu Yadudu, said, “I am looking forward to a time when instead of sending our human resources and flying machines for training and checks abroad, thereby expending huge foreign exchange in the process, we not only domesticate such activities but also earn foreign exchanges from it when other countries send their machines here for checks and their manpower for trainings in Nigeria.

“Nigeria lost about $2.5bn in MRO investment in foreign countries in 2021. Having such investment here would have improved the sector tremendously.”

Also speaking at the event, the Director-General, Nigerian Civil Aviation Authority, Musa Nuhu, noted that domestic flight operations in Nigeria had recovered from the effects of the COVID-19 pandemic on the sector.

He, however, noted that the crash of the naira against the United States dollar and the rise in global crude oil prices, which triggered an astronomical increase in the price of aviation fuel, had caused more trouble for the aviation sector lately.

On his part, the Minister of Aviation, Hadi Sirika, said the country’s airports were 43, not 22 and explained that the Federal Government had been taking over some airports built by state governments.

Sirika, however, noted that the vision of the government was to see that all civil airports were run by the private sector.