The National Agency for Food and Drugs Administration and Control (NAFDAC) has advised importers and exporters in the Eastern Ports and Bonded Terminals to adhere to the rules and regulations guiding ports’ operations. 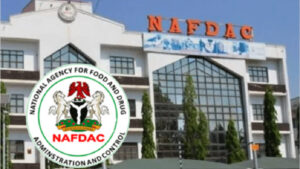 Okwori said that harping on the matter followed the recent handover of Onitsha Inland River Port to a new operator.

He explained that due to the development, NAFDAC was hoping that business activities would soon pick up at Onitsha Port.

“The Federal Government has made Onitsha a port of destination and departure and by this , business activities will soon blossom at the port.

“All what is now needed is for importers and exporters to be knowledgeable, be equipped and be armed with the basic information on the usage of the ports to ensure seamless businesses,” he said.

Okwori said that the agency had automated its operations, noting that one would not require to visit NAFDAC office to obtain necessary documents to export or import products.

Giving more insight on the concessioned Onitsha Inland River Port, he said that goods coming into the port would no longer require to stop over at either Onne or Lagos Port.

Okwori encouraged importers and exporters to show more interest in the Onitsha Port and the Bonded Terminals in the area, assuring them that the agency would ensure smooth operations at the ports.

Mr Tenalo Princewill, an official of NAFDAC who delivered a paper on ‘Enhancement of Clearance Process at the Ports, Seaports Land Borders and Bonded Terminals’, said that the agency’s automation was for transparent business transactions.

Princewill said that at physical inspection level, if violations were encountered, the timely release of container could be delayed.

He listed categories of violations to include: documentary level (false declaration), product packaging violations, labeling lapses, unapproved pictorial and importation with permit among others.

Mr Uzoma Ihembiri, another official of the agency who delivered another paper on ‘Enrollment of Clearance Processes at the Ports’, advised importers and exporters against violation of the rules.

He advised them to always use the Federal Government’s trade portal, adding that every process had been designed for users.

Mr Lambert Kalu, the Area Manager of the Nigeria Shippers Council, Onitsha, said that the council had beamed its searchlights on the activities of alleged fraudulent persons who had constituted problems to legitimate activities at the ports.

The meeting was attended by representatives of importers, exporters, clearing agents, Customs, terminal operators, Nigeria Shippers Council and others stakeholders.