The Vice President in-charge of seaports at the National Association of Government Approved Freight Forwarders (NAGAFF) and a governing board member of the Council for the Regulation of Freight Forwarding in Nigeria (CRFFN), Princess Chi Ezeh has condemned her colleague, Alhaji Tanko Ibrahim who is the Coordinator of the 100% compliance team of NAGAFF over a recent statement in which he indicted Nigerian freight forwarders for being dubious and fraudulent. 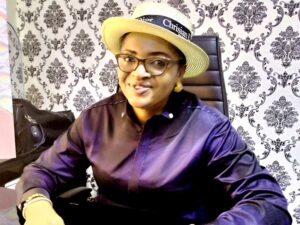 Ezeh likened the description to ‘de-marketing’ freight forwarders and the Nigerian maritime sector generally, even as she said it was an unpatriotic act capable of undermining Nigeria’s Foreign Direct Investments (FDIs).

Ezeh, who was speaking with journalists in Lagos on Tuesday described the allegations by Alhaji Ibrahim Tanko that Nigeria Customs Service (NCS) personnel were collaborating with freight forwarders and vehicle importers to cheat the federal government, as a false claim which brings practitioners in the Nigeria maritime supply chain especially, practicing freight forwarders, Customs and all players in the logistics chain to disrepute.

Chi Ezeh, who is the only elected female member of CRFFN, stated that industry practitioners are professionals for whom such blanket label of unethical conduct is not only false, but unpatriotic. She said the port cargo clearing system is a chain involving many agencies all of whom ensure that best practices are applied in cargo handling towards Customs revenue generation and national security. 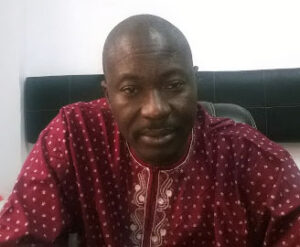 Recall that Alhaji Ibrahim Tanko had posited that Customs and freight forwarders evade customs duties through the manipulation of the Pre-Arrival Assessment Report (PAAR), stating that “most freight forwarders have started cutting corners by conniving with valuation officers and releasing officers to get ex-factory price as value payable on used vehicles.”

In her reaction, Chi Ezeh, stressed that every ex-factory price given in valuation is always approved by the Customs Area Controller, while physical examination is conducted for vehicle declaration by Customs and all other approved government agencies in the ports.

She posited that it is not possible for all the agencies involved in cargo clearance to standby and allow the false allegations raised by Tanko in the publication.

“Freight forwarding is an ethical profession where the practitioners have high-level integrity. Like the profession of doctors, accountants, lawyers, among others; there are ethics, principles and standards. I totally disagree with the insinuation that all freight forwarders are corrupt. We are an integral part of the national economy who contribute greatly to the economic and physical security of the nation through the huge revenue profile announced by Customs annually.”

“The truth is that these cargoes are being examined. So, does this mean that everyone in the entire supply chain is corrupt? If Customs is being accused of corruption in connivance with freight forwarders, how about the Standards Organization of Nigeria (SON), National Drug Law Enforcement Agency (NDLEA) and other agencies, because examination of cargoes isn’t done by Customs alone. So, this accusation is wrong and de-markets freight forwarding as well as the entire players in the industry,” Chi Ezeh said.

She stressed that the CRFFN is concerned about effectively regulating freight forwarding in a bid to stop the practice of using false statements to gain popularity or blackmail government agencies.

“In my professional opinion, condemning freight forwarders because of PAAR is wrong, because PAAR isn’t the final document for clearing cargoes. It is advisory as the cargoes and the accompanying declarations are further subjected to either physical or documentary checks at the ports. CRFFN is concerned about correcting this wrong perception about freight forwarders,” she said.

According to Chi Ezeh, PAAR it is a function of valuation principles based on general agreement on Trade and Tarrif, quality and quantity of the items and even the application of rules of origin.