The National Association of Government Approved Freight Forwarders (NAGAFF) has petitioned the Federal Minister of Transportation, Mr Rotimi Amaechi over what the association alleged as irregular electoral guidelines into the Governing Council of the Council for the Regulation of Freight Forwarding in Nigeria (CRFFN). 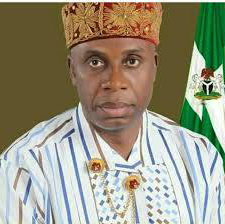 In a statement signed by the General Secretary of the association, Mr. Dipo Olayoku which was made available to Shipping Position Daily Thursday, NAGAFF drew the attention of the Minister to some potential dangers that may impede a free and fair conduct of the October 9, 2021 Governing Board election.

“The statement noted that the one-month notice given by the Electoral Committee for the entire process beginning with Collection of Forms up to the actual voting is not inadequate for preparations for an election of such magnitude. It however suggested that stakeholders should be given a three – month time frame to ensure a robust implementation of the election guidelines.

“The extension will enable a joint stakeholders meeting involving the Electoral Committee and other critical participants in the CRFFN family, especially the Five Registered Associations to cross- fertilize ideas on how to fine -tune the process for the CRFFN Governing Board’s election for a better result” it read.

Speaking on the venue for the elections, NAGAFF advised the Minister who in turn is the Chairman of the Electoral Committee to take a second and reconsider that the election be moved to Lagos for obvious security reasons, strength of the population of Lagos-based stakeholders and the COVID-19 pandemic.

“While we appreciate the powers of the Committee to fix date and venue for elections, we are however compelled to suggest that the election be moved to Lagos for obvious reasons. It is on record that about 85% of cargo clearance is carried out in the Western Ports. In other words, the bulk of freight forwarders are domiciled in South Western Nigeria. The consequences of moving this huge number of people to Abuja might be too enormous on the infrastructural facilities of the country as well as the safety and security of the voters.

“We are making this suggestion in the face of the deplorable state of the roads and the security situation in the country. While praising the efforts of Government and security agents in bringing the situation under control, we believe Nigerians should reduce the rate of exposing themselves to danger, especially long travels on the highways. We are also conscious of the devastating consequences of the COVID-19 pandemic” it read.

NAGAFF also informed the Federal Minister of Transportation of the unwholesome behaviour of some “charlatans” in the ongoing registration of Freight Forwarders for the purpose of using them as mercenaries in the forthcoming election into the Governing Board even as it stated that if care is not taken, the forthcoming elections might be hijacked by “moneybags” who may not know about freight forwarding practice.

The association however sugested that any fresh registration after the announcement of the Guidelines for the election is barred from voting. “This will ensure that only Freight Forwarders are eligible to vote in this election. Again, we make reference to INEC and elections. Registration to vote in an election has a time limit and no registration is allowed after certain time for a particular election” it read.

Also, the attention of the Minister was drawn to some technical challenges faced by freight forwarders in the ongoing validation of membership status stating that this can hamper a free, fair and credible election.

“We have received tons of complaints about the discrepancies in the membership list. In essence, those members who have registered under Individual category are being placed under Executive, a situation CRFFN officials blame on their Portal. What that means is that something is wrong with the system and this brings to question the credibility of the data generated by such computer. All these issues might take some time to resolve, to engender free, fair and credible election” it noted.