As 2 Ghanaians die while fishing in Lagos

The Commander, Naval Base BEECROFT, Apapa, Commodore Malami Haruna has reiterated the need for seafarers to always emplace all safety measures including the use of life jackets within the maritime domain. 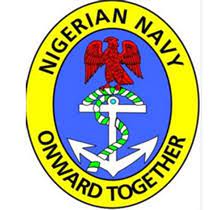 Haruna said this in a statement signed by the Western Naval Command’s, spokesperson, Commander Edward Yeibo in Lagos.

Further investigation revealed that the men were four in number but sadly, two of them had drowned before the arrival of NNS PROSPERITY to the scene.

The rescued men; Mr Francis Cudjoe and Mr John Qualcoo were thereafter recovered to NNS BEECROFT, Naval Base where they received medical care and attention.

The commodore said that the rescued fishermen had been handed over to the representatives of the Ghana Consulate in Lagos state and commiserated with the Ghanaian community on the loss of the two dead fishermen.

Haruna further stressed the commitment of the Nigerian Navy toward ensuring the safety and security of all seafarers within Nigeria’s maritime domain.