The Nigerian Content Development and Monitoring Board (NCDMB), has encouraged operators in the oil and gas sector to take full advantage of the Federal Governments policy on gas to make valuable investment as gas is key to energy transition. 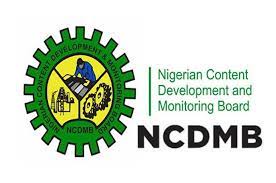 The Board also stressed that growing local content would ensure job creation, economic growth and improved revenue for the government.

Ginah pointed out that though the global push for energy transition was casting doubt on the future of oil production, Federal Government’s policy on gas as transition energy provided a huge opportunity for local operators.

“At the NCDMB, we believe strongly that the world would witness energy mix or redistribution rather than an outright swap of fossil fuels to renewable energies”, he stated, adding that “what is more important is how we react to these emerging developments.

“NCDMB has aligned itself completely with the declaration by President Muhammadu Buhari and Minister of State for Petroleum Resources that Gas is Nigeria’s Transition Energy”.

Ginah, further sought the support of the media in helping the Board promote local content in order to ensure national by boosting employment, improving government revenue and economic growth.

Also, the Board revealed that the $300 billion Nigerian Content Intervention Fund (NCIF), has been fully disbursed as loan to benefitting Nigerian companies in the oil and gas industry.

The disbursement was intended to grow local content in the industry.

General Manager, Nigerian Content Development Fund (NCDF) and Treasury, Mr. Obinna Ofili made the disclosure at the same event with the theme ‘Sustaining Nigerian Content amidst Shifting Energy Landscape: The Role of the Media.’

The NCI fund scheme commenced fully in 2018 with a fund size of $200 million but later increased to $300 million in 2020 arising from the 1 per cent remittance of upstream contracts into the NCDF, except for community contractors financing and where the Board grants waiver for projects critical to the Nigerian economy and meeting relevant provisions considered by NCDMB.

According to Ofili, the NCI fund further gave rise to the Working Capital & Capacity Building Fund and the Women in Oil & Gas Fund domiciled with and managed by NEXIM Bank and having seed capital of $50 million and counterpart funding of additional N50 million.

He said: “A significant number of companies have so far accessed loans under the scheme, with the present number at 53.

“There is no bad loan under the scheme presently as all the loans are performing and meeting their obligations. Three companies have so far fully liquidated their loans

“Loan disbursements presently stand at over 100 per cent of the Fund size, as Bank of Industry is already re-lending recovered loans paid back by initial borrowers under the scheme.”

While explaining that the 8 per cent applicable interest rate all-in per annum was slashed to 6 per cent per annum as palliative to loan beneficiaries to overcome challenges occasioned by the COVID-19 pandemic and attendant economic melt-down, he added that the maximum tenor of each facility was five years, with moratorium period of 12 months.

“However, NCDMB granted a palliative tenor and moratorium extension of 2 years from April 2020 to March 2022. Credit risk is borne 100 per cent by Bank of Industry to ensure both prudent loan management and return of the lent funds, so that other qualifying stakeholders can benefit from financing their businesses under the Scheme.”