The governments of Nigeria and that of the Benin Republic have decided to invite private sector to run the Seme/Krake Joint Border Post in order to facilitate trade between the two countries and the sub-regional communities. 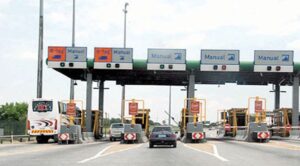 This was made Known on Thursday in a communiqué released after the Ministerial Meeting on the Operationalization of the Seme/Krake Joint Border Post held at the location at the Abidjan-Lagos Corridor.

According to a press release signed by the Director of Press and Public Relations, Federal Ministry of Transport, Eric Ojiekwe, it was also agreed that the challenges mitigating against its smooth operation will be addressed within two years by both countries before handing over to the private sector.

It will be recalled that the ECOWAS Commission under the 10th European Development Fund Transport Facilitation, funded by the European Union built and equipped the Joint Border Post.