We Only Change Labels Of Imported Products - Exporters

Nigerian exporters have debunked allegations that they adopt ‘country of origin’ and labels of neighbouring West African countries, to avoid rejection by European countries. 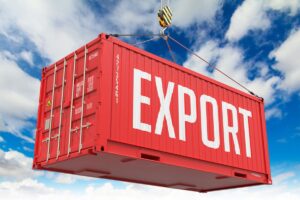 This is even as they confessed that what they do is to change the labels of products that come from other countries to carry Nigerian labels.

The denial comes on the heels of the allegation by credible sources that Nigerian exporters sometimes tamper with the label of Nigerian products.

Shipping Position Daily had reported last week that, the Director-General of the National Agency for Food and Drug Administration and Control (NAFDAC), Prof Mojisola Adeyeye, confirmed that some Nigerian exporters bypass the agency to re-label their products.

She lamented that exporters are boycotting regulatory procedures and that all the food products rejected abroad never went through the scrutiny of both NAFDAC and the Nigeria Agricultural Quarantine Services (NAQS).

Adeyeye had said: “Most of the exporters don’t go through NAFDAC and after taking a shortcut at the other end, they get to the other side there is no shortcut, and the product will be destroyed”.

She had raised alarm that “about 76 per cent of our products are rejected by the EU and it is NAFDAC that is informed using the rapid alert systems that these products have been rejected”.

Also confirming the labelling, rejection and stereotyping of Nigerian exports, the Managing Director of the Nigerian Ports Authority (NPA), Mr Mohammed Bello Koko had recently urged the British government to address the negative labelling and rejection of exports from Nigeria by the United Kingdom.

Bello Koko told the UK Minister for Export, Mr Mike Freer who was in Nigeria on trade facilitation that the wrong profiling of Nigerian exports is borne out of a preconceived hostile perception of Nigeria and that it is not based on the quality of exports from Nigeria.

On her part, the Port Manager, Lagos Port Complex; Mrs Olufunmilayo Olotu also advocated that exports from Nigeria should not be treated with any reputational bias, to enable the country to earn due recognition and value for her trade initiatives in the UK.

But, some exporters in Lagos have kicked against the allegations during a visit to ECOWAS Export Park in Apongbon area of Lagos by one of our correspondents last week.

While making enquiries about the adoption of foreign labels by Nigeria exporters, the Assistant Manager of the export park, Alhaji Ambali Ajiboye told Shipping Position Daily that Nigerian exporters don’t use foreign labels, adding that only products imported into the country have their labels changed to “Made-in -Nigeria”.

Ajiboye informed that exporters at the ECOWAS park only export Nigerian industrial packaged products such as beverages, Nigerian-made diapers, processed foods like semovita, noodles and others, to more than 13 African countries under the Economic Community of West African States (ECOWAS). According to him, it will be very difficult to change the labels of these products because they are known brands with some having peculiar Nigerian packaging.

The Assistant Park manager hinted that exporters don’t have issues at the border, adding that they currently use only the Seme border to export goods due to the initial closure of the Idiroko border, but upon reopening, he promised to resume export activities at Idiroko soonest.

Speaking also, the Vice President Manufacturers Association of Nigeria (MAN); Mr. John Aluya, stated that export goods are only rejected when they do not conform to the specifications required.

He noted that some Nigerians’ products are the best in the world, but for agro produce, he tasked relevant government agencies to do more without compromise to avoid rejection of the produce.

In a veil confirmation that Nigerian produce are often rejected, the Minister of Industry, Trade and Investment, Otunba Adeniyi Adebayo, last week inaugurated a committee to examine and also end the rejection of Nigeria agro produce in the international market.

The committee is headed by the Director, Commodities and Export Department, Mr Suleiman Audu. It is charged with the responsibility of identifying the major causes of the rejection of the agro produce and proffering appropriate recommendations.

Inaugurating the committee, the minister said the Federal Government placed a lot of emphasis on the promotion of non-oil commodity exports, which had led to farmers and product aggregators partnering to explore the export market for their products.

He noted that in recent times, Nigeria’s agro-products had been suffering from export rejections by most countries of Asia, Europe and America.

This, he explained, had led to huge financial losses with its attendant negative impact on the supply value chain and job creation.

He stressed that the international market was competitive and welcomed products of high quality with relevant certifications and quality packaging that was environmentally friendly.