The Organisation of Petroleum Exporting Countries (OPEC), has put Nigeria’s oil output at 1.3 million barrels per day, bpd, in April 2022. 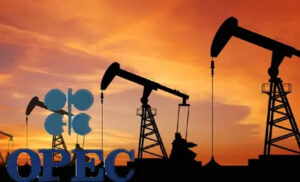 This showed a decrease of 13.3 percent compared to 1.5 million bpd recorded in the corresponding period of 2021.

Despite the low output, Nigeria remains the highest producer in Africa, while Equatorial Guinea is the least with 94,000 bpd, according to the May 2022 Monthly Oil Market Report, MOMR, of OPEC obtained last week

However, the Nigeria’s figure excluded condensate, which the country has the capacity to produce between 300,000 and 400,000 bpd, but it is not clear if the actual output matches the capacity as the Nigerian National Petroleum Corporation, NNPC, does not give regular information on the product line.

But in an interview with Vanguard, the Chairman of International Energy Services, Dr. Diran Fawibe, said Nigeria might not be able to meet the target.

He said: “The market might continue to record increased instability as Nigeria will not be able to meet its quota, apparently because of increased pipeline vandalism, oil theft and illegal refining in the Niger Delta.

“Overtime, the oil and gas companies have not been investing much, partly because of the delay associated with the passage of the nation’s Petroleum Industry Bill, PIB, which has now become an Act. Consequently, a lot of investments went to other nations, leading to the low production capacity of the country.

“The nation’s ageing facilities also affected the industry. Unlike in the past when Nigeria was able to increase production to support OPEC whenever other nations had problems, Nigeria cannot do so at this time, we still struggles to produce about 1.2 mbpd as against 1.7mbpd. It is only when we add condensate that is when our production capacity can average at 1.4mbpd.

“It is a major crisis for us as a nation, it just perturbing that we have allowed this to get to this point. A substantial volume of Nigerian crude is been stolen and shipped out of the country.

“We are aware of the recent incident in the Niger Delta which led to the death of over 100 persons. So pathetic that Nigerian security agencies have not been able to curb this menace. We have a major crisis here. There is a big conspiracy going on there.”