Nigeria produced a total of 440.774 million barrels of crude oil valued at about N12.4tn between January and November 2021, an analysis of the latest oil production data released by the Federal Government showed. 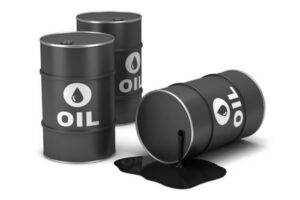 A document on Crude Oil and Condensate Production for 2021, obtained from the Nigerian Upstream Petroleum Regulatory Commission on Tuesday, indicated that the Federal Government raked in about N12.4tn from crude oil alone sales during the review period.

Data from Statistica, a global statistical firm, on the average monthly prices of a barrel of Brent, the crude against which Nigeria’s oil is priced, showed that the costs of the commodity in January, February, March and April 2021 were $54.77, $62.28, $65.41 and $64.81 respectively.

The country’s official exchange rate during the period was around N400 to the dollar. It stayed above N400/$ from May down to November 2021, after hovering around N379/$ in the earlier months.

Going by an average of N400/$, the various average monthly costs of Brent and the monthly crude oil production figures as stated above, Nigeria earned about N924.41bn from oil in January, N993.22bn in February and N1.16tn in March 2021.

Similarly, for the months of August, September, October and November, the Federal Government raked in about N1.09tn, N1.11tn, N1.27tn and N1.25tn respectively.

This implies that the total earnings for the 11-month period in 2021 from the sale of crude oil by the government was in the region of N12.4tn.

Bulk of Nigeria’s foreign exchange earnings come from crude oil sale, as the country depends largely on revenue from oil production to run its economy.

Economic experts at the Centre for the Promotion of Private Enterprises, headed by renowned economist, Dr. Muda Yusuf, in their 2022 Economic Outlook for Nigeria, stated that crude oil would serve as one of the key drivers of Nigeria’s growth this year.

They noted that sustained recovery of global oil prices was envisaged this year, as Nigeria would require crude oil to run its economic activities.

“We expect that the average oil price in 2022 will exceed the budgeted benchmark of $62 per barrel, offering some fiscal headroom,” the stated.

The centre added, “This would be powered by higher energy demand driven by the recovery of economic activities globally.

“This trajectory is expected to impact on our foreign reserves and strengthen the capacity of the Central Bank of Nigeria to support the foreign exchange market.”

Also, the Organisation of Petroleum Exporting Countries projected a slow growth momentum in terms of economic recovery this year, adding that oil would be vital in this growth.

OPEC expressed hope that the oil sector would record progress in 2022, but stressed that the challenges posed by the Omicron variant of COVID-19 had been tough.