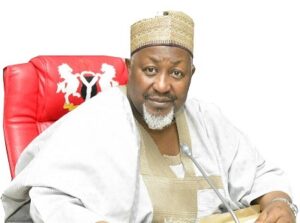 Alhaji Adamu Fanini, Secretary to Jigawa State Government (SSG), made this known in a statement in Dutse on Wednesday.

Fanini, who lauded the agency for donating to the displaced persons, said the tools were presented to the state government by a representative of the agency, Mr Adamu Dankura.

Alhaji Muhammad Dagaceri, the Permanent Secretary, Administration and Finance, who stood in for Fanini, thanked the agency for the gesture.

The SSG quoted Dankura as saying the donation was to commiserate with the people of the state and to identify with the IDPs.

“NIMASA, as a responsible organization is complying with the directive of the Federal Government to all her agencies and parastatals to donate to all displaced persons in the country.

“This is our corporate social responsibility. We (NIMASA) is doing this in so many states and we are ready to do more,” Dankura said.