The Nigerian Maritime Administration and Safety Agency (NIMASA) and National Drug Law Enforcement Agency (NDLEA) have agreed to strengthen cooperation in the execution of their respective mandates in the country’s common interest. 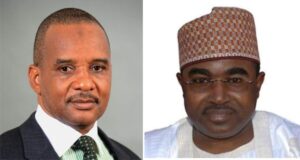 They admitted that success in the fight against maritime crimes and drug smuggling will depend on good teamwork between the two agencies.

During the visit, issues bordering on national security were discussed, especially as they relate to how both agencies could synergise to tackle the problem of international drug smuggling via the country’s seaports.

Dr. Jamoh identified the need for closer ties between NIMASA and NDLEA, saying the trend of criminal elements attempting to take advantage of the country’s vast coastline to traffic illicit drugs poses a direct threat to national security.

He stated, “Collaboration between NIMASA and NDLEA is key and urgent, because our effectiveness as an agency in the pursuit of the mandates of maritime safety and security is closely tied up with the success of NDLEA in the fight against illicit drugs.

“Drug trafficking is a major aspect of the maritime safety and security challenges confronting the country. Our vast coastline is prone to exploitation by illegal drug dealers, with enormous adverse implications for the lives of citizens and the national economy.”

Jamoh added, “Globally, there is a growing realisation by organisations and even individuals that their fate with respect to the attainment of goals, is tied to collaboration among stakeholders.

“The stark reality is that no one is an island. This is even more obvious in the fight against illicit drugs due to the international, multidimensional, and multi-sectoral nature of the crime.”

On his part, the NDLEA chairman recalled the major seizures recorded by the agency at the Apapa port towards the end of 2021 noting that with collaboration between NIMASA and the NDLEA, more success would be recorded.