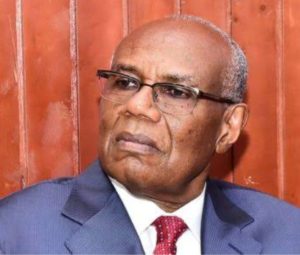 He said this is what has been responsible for the current incompetency that is being experienced in the company.

According to Alex Ogedegbe who spoke on the Arise Television Programme, Morning Show, last week on various happenings in the oil and gas industry, he said, what is lacking in NNPCL is investment in the training of personnel.

“When I look back, I don’t see people who are replacing those that are leaving; I don’t see improvement in the productivity of the various sections or subsidiaries of the NNPCL.

“I left office 19 years ago, and I need not give excuses for it. But when we were in office if you look at every level of staffing you would see competence, you will see experience, but let’s put the names and the experience of all the leaders now in NNPCL, scrutinized their particulars, where they have worked, what they have done and how many people at the level of executive director have ever drilled a well or be in an operating position, or has appreciated what it takes to run any facility? This is the problem.

The company is now being run by people who have no hands-on experience that we can talk about.

He said that the Petroleum Industry Act (PIA) merely effected changes in the names of some entities in the industry and nothing more.

He said: ”PIA has all the things it is supposed to have, but the only gain I can see there now is the 3% community fund which has been formalized and established. The issue now is on the part of the communities, they have to organize themselves into corporate entities so that they have access to the 3 percent share and use it properly. The PIA has however not changed anything in the industry except names. Nothing has changed as far as the oil and gas sector is concerned.”

“Take the case of the refineries, when we were building refineries in those days, we were at the same time recruiting and training. So when the refineries were being built the operators and the technical services providers were available to oversee the running of the projects. Can we say the same thing now with any of the NNPC projects? Can any staff say he or she has gone through any training and when this and that happens this is what should be done?

What I have seen in the last 20 years is that NNPCL is outsourcing all the technical capabilities. And when the outsourcing did not work you cannot blame anybody else. So, this is the problem. In those days we had to recruit people and train them, and then they grew up with experience.

NPDC which is supposed to be the flagship of production in NNPC now specializes in outsourcing.

On why the situation is so bad now, he said, the situation has been deteriorating over the years. “Again, I will use the experience I have, in 1991. Nigeria was producing 100% of what its requirement of products, all the refineries were running, some 90 percent, some 80 percent, slowly because of attrition of experienced staff, lack of proper funding and maintenance the capacity decreased.”

“In 2012, I was one of the teams that evaluated the refineries, as at that time the production was about 40 percent of what it was 10 years earlier, without proper training and maintaining of the technical capability, the only thing that can happen would be to pull down the refineries and continue to import fuel.

In the last five years, the refineries have been shut down and not a single litre of petrol has been produced from the refineries, despite all the promises, nothing is happening.”