As a maritime media organisation, we are no doubt passionate about issues and institutions that are germane to the industry. This explains our devotion of this space to issues regarding the Council for the Regulation of Freight Forwarding in Nigeria (CRFFN). 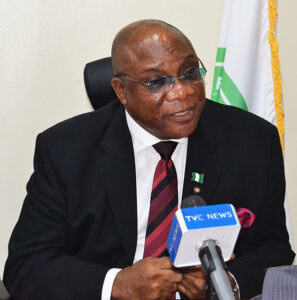 In recent past, we have touched on a myriad of problems that have been confronting the CRFFN, all of which have largely crippled the institution.

We have traced its problems to its origin and we had, at a time highlighted that the Council have been bogged down by intrigues from the same persons that it was created for. Hence, the CRFFN has for different reasons almost always been in the news.

Created in 2007 via an Act of the Nigerian National Assembly for the purpose of professionalising freight forwarding in Nigeria, the CRFFN has had an unfair dose of problems right from birth, all of which have always brought it to the fore.

When it was created, the Council was conceived as the possible solution to the myriad of problems which had militated against freight forwarding and logistics in Nigeria.

Those who fought for its birth would never have envisaged that the CRFFN, whose birth was hailed by stakeholders, would shortly afterward, be faced with ‘life-threatening’ issues, such as have forced it not to have a governing council for several years and also to become so cash-strapped as not to be able to meet its obligations.

In its early years, the quarrel was about its correct status as either a government agency or a private sector organisation. This led to a few litigations, a few of which are still undecided to date.

At another time, the CRFFN had issues with composition of its governing membership. It was whether it should executives of the registered freight forwarding associations. This led to the inclusion of presidents of the associations at a point in the Council’s history.

Later, the Council had to battle for funding. It was the paucity of funds for the council that led the then-Minister of Transport; Senator Idris Umar to approve that, the CRFFN should start collecting Transaction Fees (as it was then known) on all imports into the country.

This led to the ingenuous creation of what is now known as ‘Practitioners Operations Fees’(POF), which has become another turn in the flesh of CRFFN.

Perhaps, its last fight, which brings us to the latest development, is about the tenure of the governing council, a situation that has been brought to a close by a recent court ruling.

The Judge of the Federal High Court sitting in Abuja; Justice N.E Maha dismissed the suit seeking for tenure elongation for members of the governing Council.

It is instructive that, the Judge also declared that the interpretation of the Act of the CRFFN allows only for two years’ tenure and not four years.

Sadly, and as is customary with Nigerians when it concerns obedience to court rulings, members of the governing council of the CRFFN initially ignored the ruling.

And buoyed by the ruling, the Minister of Transportation have a directive that elections into the governing council, should be conducted. And by October 9, 2021, a new set of freight forwarders who would represent the interest of the multitude of freight forwarding practitioners for two years would have been elected.

While we applaud the Minister and the CRFFN management for surviving yet another trying moment in the tortuous history of the CRFFN, we advise that the electoral process should be transparent and fair.

We plead this because, ahead of the elections, allegations of possible manipulation of the electoral process, through questionable guidelines.

For instance, the National Association of Government Approved Freight Forwarders (NAGAFF) has kicked against holding the elections in Abuja. The association hinged its reservation on the safety of thousands of freight forwarders who may have to commute from different parts of the country to Abuja.

Read Also:  Are you satisfied with the guidelines for the coming elections into CRFFN governing council?

The association, justifiably pleaded that, it would be much safer to conduct the elections in Lagos, where more than 70 per cent of freight forwarders are domiciled. Apart from this, we also have our reservation about observance of COVID-19 protocols during the elections.

Without necessarily dwelling on details, there are other pockets of reservations by some freight forwarders and associations, which we think are mostly self-serving.

While we have no issues with the decision not to directly involve the five registered freight forwarding associations in the nomination of candidates, the onus is on the electoral committee, which curiously is headed by the Minister of Transportation, to conduct a credible election.

Lastly, the biggest hurdle in the effort to organize a credible election remains the venue. If it is possible for the elections to be staggered and conducted in Lagos, Kano and Port Harcourt, the twin issues of safety and crowding would have been significantly resolved.

Tags: Council for The Regulation of Freight Forwarding in Nigeria