Home » Now That The Land Borders Are Opened Again

Precisely, on August 20, 2019 President Muhammadu Buhari ordered that all the nation’s land borders should be shut. Government’s reasons were both economic and security. 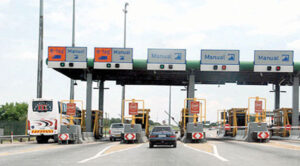 Official statistics say that Nigeria has 84 approved entry points and more than 1,400 illegal entry points. These are spread across over 4,000 square kilometres coverage. The number of illegal routes is ridiculously higher than the number of approved routes. In Adamawa State for instance, we have about five control posts, but we have 80 illegal routes in the state through which people come into the country at will. In Ogun State, there are 83 illegal routes and this goes round the country. These have grave security implications for Nigeria.

Prior to the closure, there had been lamentations about influx of smuggled goods into Nigeria. The goods included rice and poultry products among others.

The Federal Government had also cited influx of arms and ammunition, a development that have made the war against insurgency and banditry prolonged and intractable.

Expected to last for a few months, the borders were eventually shut for a whole 15 months, after which the first set of land borders were reopened. This was until last weekend, when Customs announced that the borders have been ordered to be reopened.

And during while the border were closed, several goods were trapped at the borders, the Nigerian economy as well as that of its neighbours were badly affected.

President Buhari shunned entreaties from brother Presidents in West Africa and from economic interests in Nigeria, including the Organised Public Sector (OPS).

Imports into Nigeria only came through sea ports, where customs duty was being imposed more easily than at land borders. Of course, Nigeria’s vital oil exports are not affected, because they are shipped through the sea!

And for about two years that the borders were closed, the official market for smuggled food were restricted, while domestic food prices went up.

Perhaps, worst hit was neighbouring Benin Republic, which is a staging area for smuggling into Nigeria. Other nations, especially Ghana also suffered a great consequence of the closure. She retaliated by clamping down on Nigerian businesses in that country.

Sadly, since the closure, food prices have soared, while inflation in the country of more-than-200 million people continue to rise, that is, a according to data from the country’s data agency, National Bureau of Statistics (NBS).

It was apparent that President Buhari ordered that some land borders should be re-opened in December 2020, because of the imminent commencement of AfCFTA in January 2021. The re-think was also because the unpopular closure had brought about a very harsh economic situation, which was occasioned by the outbreak of the coronavirus pandemic and the negative impact of the border closure on the organised private sector.

The border closure led to a huge inventory of unsold finished manufactured goods, especially those for the huge in West African market.

President Buhari and indeed Nigeria, as a signatory to the AfCFTA, and a member of ECOWAS Trade Liberalization Scheme (ETLS), has no choice than to remove all barriers to ensure free movement of goods and persons across the continent and work towards opening the land borders before the commencement of the treaty on January 1, 2021.

Read Also:  Are you happy with the Federal Government’s move to reopen the land borders?

Here lies the challenge with the reopening – Nigeria will have to contend with its several unapproved entry points, corrupt government officials at the approved borders and a weak currency battered by unfavourable monetary and fiscal policy.

We recall that the Federal government had closed the borders citing the need to reduce smuggling activities, armed banditry, human trafficking, irregular migration, proliferation of small arms and light weapons, and other trans-border crimes.

It also highlighted the porosity of the country’s land borders as being serious threat to the nation’s economy.

As much as re-opening the border is commendable, the question is: Are these reasons no longer tenable. The answer is obvious; the ills are still prevalence. If this is so, then there was no need closing the borders in the first instance.

From our deep knowledge of what transpires at the nation’s borders, now that they have been reopened, we bet that it is going to be business as usual!

We acknowledge that it may be practically impossible to man all the entry points, but the legal entrances must be made impregnable to economic saboteurs and importers of small arms and ammunitions.