The Movement for the Survival of Izon Ethnic Nationality in the Niger Delta (MOSIEND) on Thursday urged people of the region not to allow the recent award of pipeline surveillance contract to divide them. 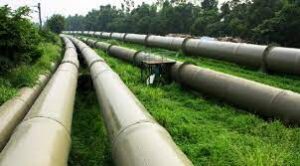 The MOSIEND President, Mr Kenedy Tonjo-West, made the appeal in an interview with the News Agency of Nigeria (NAN) in Yenagoa.

He said that actions of some aggrieved individuals and groups including petition writing
disparaging political office holders were regrettable.

According to him, the Nigerian National Petroleum Company Ltd., now a private business outfit, has stressed that the contract was awarded in strict adherence to the Procurement Act.

“As a group, we are calling for caution because the Federal Government deemed it right to involve community participation.

“This is in addition to the military’s dedicated efforts in the fight against illegal bunkering and oil theft in the region.

“This singular policy by the government is already generating employment for thousands of youths within the communities; they are now trained and engaged by the companies in line with their contractual obligations.

“As co-travellers, who share the same polluted environment and have suffered losses from oil-related activities, we should learn to put our common interest above all and show that we love ourselves.

“We should cooperate, tolerate and respect one another, promote harmonious relationships, support and share in the success of our neighbours.

“We should also avoid intimidating any tribe or ethnic nationality due to its size or educational standing,” Tonjo-West said.

He called on all the ethnic nationalities in the region to tolerate one another.

“In our view, the representatives of the government or the company cannot and should not be allowed to pitch any individual or ethnic group against another.

“The representatives should conduct themselves in a manner that is worthy of the office they hold.

“We advise that individuals, ethnic nationalities who are not directly part of the contract should never give up on our working together.

“Let us be proactive and consciously allow for a win-win approach to enable us to grow together,” he said.