The Police Command in Kwara have pledged to do everything humanly possible to rescue a retired senior Customs officer abducted in the state. 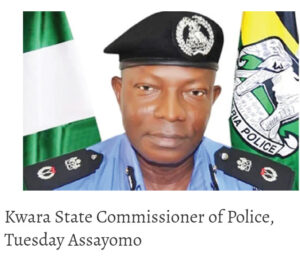 The command Spokesman, SP Ajayi Okasanmi, said this in a statement on Friday in Ilorin.

He said as part of the strategies, the command had deployed relevant assets, both human and material, for the rescue of Mr Mohammed Zarma, who retired as Deputy Comptroller of Customs.

He recalled that Zarma was kidnapped while working on his farm, located at Oke-Jia, Egbejila Area of Ilorin.

According to him, the incident happened at about 17:30hrs of Jan. 6, and allegedly perpetrated by some unknown gunmen.

“On the visit to the scene after the incident by the Command’s operatives, four empty shells of expended ammunition were recovered,” Okasanmi said.

He assured the family of the victim and the general public that no efforts would be spared in getting the victim rescued and in safe condition.

He also promised that parperators of the crime would be apprehended and dealt with according to the law.