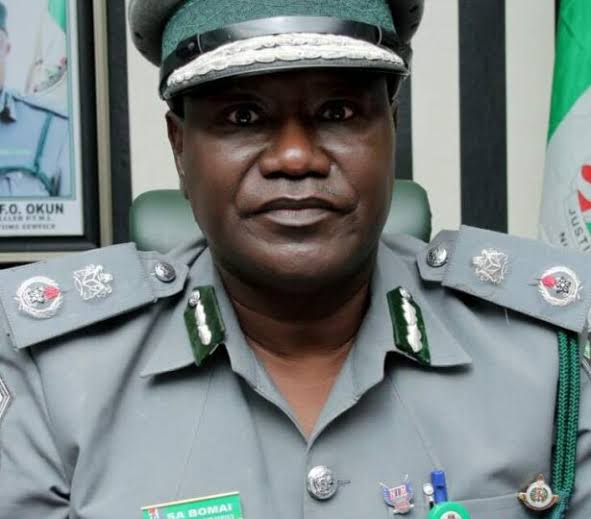 The Customs Area Controller PTML Command, Suleiman Bomai said this at a media conference on Tuesday in Lagos.

Bomai said that the figure represented 96 per cent of the revenue target of N238.2 billion only, set for 2021 and adopted by the command in 2022.

“This represents an increase of 2.2 per cent. Despite the recorded downtime occasioned by agents strike and alleged inability by some importers to clear their vehicles from our control, we were able to surpass 2021 revenue collection in 2022,” he said.

Bomai noted that the command during the review period was impacted by the nature of the nature of their operational area which had to do with vehicular cargoes (Roll-on Roll-off) and trade policies such as Vehicle Identification Number (VIN) that affected automobile importation.

He said that about 80 per cent of the cargo handled in the terminal in 2022 were vehicles.

“It is important to state that implementation of all government policies and directives are ongoing with increasing degree of compliance being recorded so far,” he said.

On anti-smuggling activities, he said that the command uncovered attempts to smuggle arms and ammunition into the country concealed in imported vehicles due to diligent cargo examination and deployment of intelligence.

Bomai added six suspects arrested in connection with these seizures and had been granted administrative bail.

He said that the total duty paid value of N36.316 billion was recorded on the seized items.

He noted that for trade facilitation, the command sustained average of four hour clearance time of vehicle for compliant traders, had a dispute resolution committee to settle trade disputes timely.

“The command has continued to maintain a cordial relationship with various government agencies like the Nigeria police, Standards Organisation of Nigeria and others to ensure ease of doing business in the port.

“We interacted closely with our strategic stakeholders like the importers, exporters, concessionaire, bonded terminal operators, licensed customs agents, freight forwarders and others, where issues affecting various segment of the supply chain were well discussed and solution proffered.

“Aside initial enlightenment done on the VIN valuation, PTML Command has been doing a lot of engagement on the issue to address the trade facilitation associated with standard and non-standard VIN,” he said.

He said that the command was faced with the challenge of lack of scanner and inadequate space which hampers their operations.