Home » QUESTION OF THE WEEK: What is FAL?

QUESTION OF THE WEEK: What is FAL?

When a ship comes in to port, it may be the end of a voyage, but it’s just the beginning of a whole range of administrative tasks that need to be done. 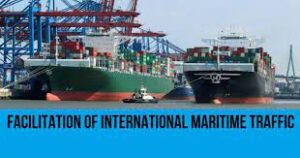 Customs declarations for cargo and ships’ stores; immigration clearance for crew and passengers and their baggage; import and export permits: these are just the tip of the iceberg. And when the ship leaves, it’s the same process all over again.

This is what we call Facilitation of International Maritime Traffic – or FAL for convenience.

Why does it matter?

FAL matters because, if it goes smoothly, shipments move more quickly, more easily and more efficiently. But if it goes badly, delays, inefficiencies and extra costs are inevitable.

For international shipping, a unified, global approach to FAL is vital. These activities are regulated and streamlined by an international treaty called the FAL Convention.

It’s been in force since 1967 but is kept continually amended and updated by Governments at the FAL Committee of IMO – which meets once a year at IMO’s London Headquarters.

The FAL Convention contains standards and recommended practices and rules for simplifying formalities, documentary requirements and procedures on ships’ arrival, stay and departure.

Under the FAL Committee, IMO has developed standardised FAL documentation for authorities and Governments to use, and the FAL Convention urges all stakeholders to do this.

The FAL Convention makes it mandatory for ships and ports to exchange FAL data electronically. The FAL Convention also encourages use of the so-called “single window” concept in which all the many agencies and authorities involved exchange data via a single point of contact.

Read Also:  Early Assessment Of Mental Injury Is Critical For Crew And Company

Governments are often represented at the FAL Committee by maritime or port authorities. But customs, health, police, immigration, agriculture, and defence authorities are all involved in the FAL process.

SPECIAL INTERVIEW: “No country, I repeat, no government in the entire world can survive without seafarers” – Capt Alfred Oniye