Early Assessment Of Mental Injury Is Critical For Crew And Company

Routine post-incident interviews often don’t yield as much information as shipowners, insurers and other stakeholders hope for. Why? Because they don’t explicitly account for the emotional trauma experienced by the seafarers involved and the high-stress situation created as they, quite naturally, worry about blame, responsibilities, and outcomes. 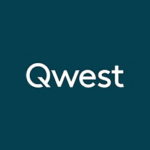 Seafarer welfare should be top priority at this time, and, with Qwest’s specialist service, the interview can be the first step in assessing their mental health and the potential for delayed or long-term difficulties. Appropriate counselling can begin during this contact and further support mechanisms can be set into motion if required. This benefits the seafarer, the investigators and the on-going operation of the vessel and company.

Qwest, a partnership between West of England P&I Club and legal and claims consultancy C Solutions, offers Qwest Care post-incident management as part of its portfolio of end-to-end support services for shipowners.

Qwest Care is founded on an approach that combines investigative interviewing techniques with understanding of psychological responses to critical incidents. Investigators trained in Qwest’s Trauma-Informed Interviewing in a Marine Setting (TIMS®) are able to offer first-line stress management strategies during interviews using a model developed by Captain Terry Ogg, a casualty investigator and Master Mariner who spent 16 years at sea, and Dr Rachel Glynn-Williams, a leading Consultant Clinical Psychologist.

The strategy incorporates clinically proven techniques and have been developed for both in-person and remote interviewing, so it can be delivered in either setting over a very short time frame. This enables early detection of psychological difficulties such as post-traumatic stress reactions and can therefore help reduce suffering, prevent costly repatriation and limit operational disruption.

Additionally, with Qwest Care, comprehensive education and guidance on the psychological impacts of incidents can be disseminated to the whole crew. This delivers support to those who may not otherwise come forward and creates an ongoing network of support onboard. It also provides a clear demonstration of a company’s commitment to crew welfare and casualty management planning and fosters a positive relationship between company and crew that can boost crew retention.

The consequences of inaction should not be ignored. The International Union of Marine Insurance reported in September 2021 that the number of near-miss incidents is increasing and a major contributor to this is seafarer stress, anxiety and fatigue. The risks have worsened over the past 18 months. Seafarers who have had contracts extended beyond their initial expiry date as a result of the pandemic are still feeling the side effects of the crew change crisis, while shore leave issues and isolation have persisted.

According to Captain Ogg, too many seafarers are not getting the counselling they need after an incident occurs. “While it’s true that there has been an increasing recognition of crew welfare issues across the industry as a result of the pandemic, the broader risks associated with these issues are often less widely understood. It’s time for assessments of casualty severity to place far more emphasis on understanding seafarers’ mental health and how they’ve been affected by a casualty.”

Repeatedly, the role of mental health is not recognised as an issue to be learnt from to prevent future casualties. Dr Glynn-Williams notes that UNCLOS Article 94 calls for an inquiry into any marine casualty or navigation incident that causes loss of life or serious injury – which is typically defined by a flag state as injury that incapacitates someone to the extent that they cannot function normally for more than 72 hours, starting within seven days of when the injury was suffered.

“In practice, serious injuries are only diagnosed when there is an obvious physical impact such as loss of eyesight, a broken bone, or unconsciousness. This is due, in part, to a limited understanding of the symptoms of mental injury, which makes it difficult to diagnose without professional assistance. Indeed, a mental injury may only be discovered months after an event – often after deteriorating without appropriate treatment.”

The TIMS® approach is designed to ensure that the post-incident interview process protects the wellbeing of seafarers while also gathering the best information possible about an incident’s causes. Director Chris Telford comments, “Incidents are usually the result of a series of errors; they are rarely caused by a single mistake. When we consider how a casualty happened, it’s usually possible to trace the root cause back to a number of discrete – often individually minor – events. However, the aftermath of these situations is anything but small. The industry must ensure that all processes, especially those where a crew is facing additional levels of stress or trauma, are handled in a way that puts welfare first.”