A cocktail of synthetic antibodies reduces deaths among severe COVID-19 patients who are unable to mount a strong immune response, results from a major clinical trial has shown. 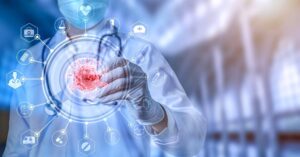 The therapy, developed by the US biotech firm Regeneron and given to former US President Donald Trump during his brush with the coronavirus, had previously only been used to treat patients in the early stages of the disease.

But the Recovery trial based in Britain has found the drug is effective in treating some patients with more acute cases of the virus.

The treatment, called REGN-COV2, “reduces the risk of death when given to patients hospitalised with severe COVID-19 who have not mounted a natural antibody response of their own”, the researchers said in a press release.

The drug uses two synthetic antibodies to bind to sites on the virus’s spike proteins, preventing it from infecting cells.

Developed by US firm Regeneron and Swiss lab Roche, it may be a solution for people with compromised immune systems who can’t produce enough antibodies on their own — even if they have been vaccinated or had a previous infection.

“It is the first time that any antiviral treatment has been shown to save lives in hospitalised COVID-19 patients,” said Martin Landray, a professor of medicine at Oxford University and one of the study’s joint chief investigators.

Researchers looked at 9,800 Covid patients hospitalised between September and May, some of whom were randomly designated to receive antibody treatment in addition to their regular care.

One-third of them — the main group of interest for the study — had not developed antibodies against coronavirus at the start of their treatment.

Among those patients, the treatment reduced the likelihood of mortality by one-fifth, as 30 percent of non-treated patients died after a 28-day period compared with 24 percent of patients who got treatment.

While encouraging, scientists not involved in the study highlighted the relatively small number of lives saved as well as the affordability of the treatment.

“The absolute magnitude of benefit in mortality is not large, and it means that a large (possibly 20) number of people have to be treated with the extremely expensive drug for a single death to be prevented,” said Stephen Evans of the London School of Hygiene and Tropical Medicine.

He told the Science Media Centre that global calls for access to more affordable vaccines could end up being “repeated for these drugs, which are essentially only available in very rich countries.”