The Standards Organisation of Nigeria (SON) has urged gas plants to reject expired or substandard LPG cylinders when brought for refilling. 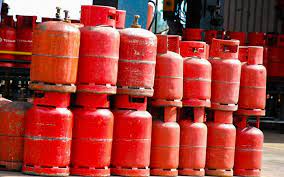 The organisation said many Liquefied Petroleum Gas ( LPG), also known as cooking gas cylinders, should be rejected at refilling points or destroyed to forestall explosions and injuries.

Mr Williams Okpeh, Head of LPG, SON, made the appeal at a workshop for journalists in Lagos

The workshop had as its theme: “Securing Nigeria Through Standardisation.”

He said this would go a long way in preventing incidents of cooking gas explosions across the country with the attendant injuries, loss of lives and property.

Okpeh, represented by Mr Edward Akinwale, Principal Standard Engineer, SON, noted that the average lifespan of a cooking gas cylinder was 15 years with re-qualification of the cylinder every five years.

He said unfortunately, some persons still smuggled used cylinders into the country, refurbished and sold them as brand new to unsuspecting Nigerians.

According to him, some also embark on local fabrication of cylinders without following the prerequisite safety standards and requirements.

“In some countries, cooking gas cylinders are owned by distributors who re-qualifies them from time to time but here ( Nigeria), they are owned by individuals who find it difficult to replace them.

“My advice is that plants should reject expired or substandard LPG cylinders when they are brought for refilling.

“Also, we should ensure that used LPG cylinders are not imported into the country.

Corroborating Okpeh’s view, Engineer Abner, Head of Oil and gas, and directorate of training, SON, stated that cylinders manufactured in the 70s are still in the Nigerian market, insisting that cylinders only have a 15-year lifetime.

“I am sure if you go to the market you will still see Cylinders of the 70s in the Nigeria market circulating. They are still there,” he said.

Abner, maintained that the oil and gas sector is be-devilled with a number of challenges, “which include wrong base oil usage, base oil usage in lubricants, high sulphur content, poorly refined crude that have found their ways to Nigeria market as well as adulteration of kerosene.”

SON, he stated, acquired hand-held kits since 2012 for white products quality monitoring where samples were tested in Petrol stations country-wide.

“SON initiated collaboration with DPR to have testing-vans that would be useful. In 2014 there were series of concerns raised on Domestic LPG quality.

“High pressure due to high content of Propane and butane.

“As a result, explosions were rampant with the quality of cylinders and accessories suspected to be responsible.

“SON analysis results were presented for stakeholders’ discussion. Standards were revised for both the LPG cylinders and domestic LPG.

“The primary control was placed on the vapour pressure which was maintained at 7.0 Bars

“Codes of practices were developed and approved for the LPG dispensing stations/Plants for use by relevant authorities to monitor activities at that level.”

Salim said the importation of substandard LPG cylinders was an economic sabotage as it prevented local manufacturers from thriving while endangering the lives of Nigerians.