The Nigerian Senate has passed the 2022-2024 Medium Term Expenditure Framework, MTEF, and Fiscal Strategy Paper, FSP. with the approval of deficit Expenditure of N13.98 trillion the Federal Government should budget for 2022. 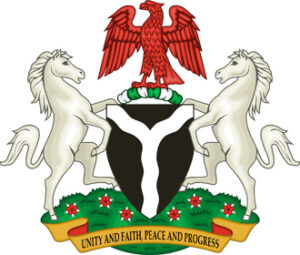 The breakdown of the Aggregate Federal Government Expenditure of N13.98 trillion is made up of Total Recurrent (Non-debt) of N6.21 trillion; Personnel Costs (Ministries, Departments and Agencies, MDAs) of N3.47 trillion; of Capital expenditure (exclusive of Transfers) N3.26 trillion; Special Intervention (Recurrent) amounting to N350 billion; and Special intervention (Capital) of N10billion.

A total Statutory transfers of N613.4 billion was approved, Debt Service estimate of N3.12 trillion also approved, a Sinking Fund should be to the tune of N292 billion, Pension, Gratuities & Retirees Benefits to stand at N567 billion. This showed a deficit of N5.5trillion

The Senate has pegged daily crude oil production of 1.88mbpd, 2.23mbpd, and 2.22mbpd for 2022, 2023 and 2024 respectively, in view of average 1.93mbpd over the past 3 years and the fact that a very conservative oil output benchmark has been adopted for the medium term in order to ensure greater budget realism.

After the presentation of the report by the Chairman, Senate Committee on Finance, Senator Olamilekan Adeola, said the Upper Chamber pegged Oil benchmark oil price at USD$57 per barrel because of what he described as the clear evidence of wide consultations with key stakeholders. and the age long fiscal strategy of addressing the oil price shocks by the adoption of a higher than forecast oil price benchmark for fiscal projections over the medium term.

The Senate has approved that the Federal Government should retain revenue projection of N8.36 trillion, with Fiscal Deficit of N5.62 trillion including the Government- owned Enterprises( GOEs), the Exchange Rate of N410.15/US$ as proposed by the Executive for the 2022-2024, a projected Gross Domestic Product, GDP growth rate of 4.20% and a projected Inflation rate of 13.00%.

According to the Senate, the approved Fiscal deficit estimate of N5.62 trillion (including GOEs) should be sustained due to the Federal Government’s conservative approach to target setting and its determination to improve collection efficiency of major revenue generating agencies while it continues to enforce the implementation of the Performance Management Framework for GOEs by ensuring that they operate in more fiscally responsible manner whilst reviewing their operational efficiencies, and costs-to-income ratios, as declared. The Senate also approved a projected New Borrowings of N4.89 trillion which include Foreign and Domestic Borrowing subject to the provision of details of the borrowing plan to the National Assembly, just as it approved that the USD$3.5 billion International Monetary Fund (IMF) loan should stand at the rate of 0.01% to 0.02% in order to shore up its internal borrowing and to reduce external borrowing because of the exchange rate risks.

The Senate in the approved MTEF/FSP documents, asked the Salaries and Wages Commission to carry out a review of the salary structure of all the MDAs as that would enable the Commission come up with a new salary structure for the MDAs that will reflect the true financial position of the Agencies. The Upper Chamber also approved that there should be a continuous review of the Fiscal Responsibility Act to ensure that all revenues are remitted to the Consolidated Renenue Fund, CRF as at when due, in order to curtail what it termed, frivolous deductions and diversion of funds by the MDAs. According to the Senate, the Federal Government should as a matter of urgency, review all laws relating to mining businesses to ensure upward review of rates applied to royalties, ground rent and licenses renewal of all mining companies operating in Nigeria to ensure transparency in the collection of revenue by the relevant agencies of the government and also look into the issues of illegal mining activities by recommending stringent sanctions in the proposed new laws.

According to the Senate, the Nigeria Custom Service should accelerate the process of installing scanners at all Ports across the country to curb the issue of under payment of custom duties on imported goods which has resulted in huge loss of revenue to the government and to further improve it activities at all borders across the country in order to curb the issues of smuggling across border areas. The Upper Chamber also called for implementation of the Petroleum Industry Act (PIA) that was recently assented to by the President in order to curtail the problems of smuggling and round – tripping of petroleum products imported into the country.

The Senate also approved that the proposed budget of the Government Owned Enterprises (GOEs) should be reviewed upward to show the reflection of their capabilities to generate more revenue as a result of the findings of the Joint Committee.

According to the Senate, the offices of the the Accountant General (AGF), Auditor General of the Federation (AuGF) and Fiscal Responsibility Commission (FRC) should be strengthened in the area of staffing and proper funding of its activities to ensure optimal performance of their duties in order to adequately monitor the remittances of all government revenues.

The Upper Chamber also said that the Act establishing some MDAs should be reviewed and amended as a matter of urgency to evidence a more nationalistic interest, as these amendments will assist to generate more revenue to the coffers of the government. For example; Nigerian Investment Promotion Council (NIPC) Act, National Lottery Trust Fund Act, Bank of Industry Act, Bank of Agriculture Act, Energy Commission Act and Nigeria Nuclear Regulatory Commission ACT.

The Senate said that the Federal government budget should be reviewed and be purged of some agencies that demonstrated capacity to stand on their own without any recourse to Federal Government of Nigeria Budget. For example; National Agency for Food and Drug Administration and Control (NAFDAC) and Nigerian College of Aviation Technology, Zaria (NCAT).