The Lagos Chamber of Commerce and Industry has advised the Federal Government to remove fuel subsidies and implement the Petroleum Industry Act religiously. 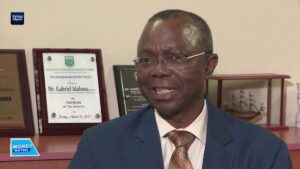 The advice was given by Vice President, LCCI, Gabriel Idahosa, while representing the President, LCCI, Dr. Michael Olawale-Cole, at the 60th-anniversary celebration of the Oil Producers Trade Section held in Lagos recently.

According to him, fuel subsidies should be removed because it was no longer sustainable, noting that its removal was fundamental to the growth of the downstream sector.

“The Chamber, noting the critical position occupied by the oil and gas sector, has consistently advocated for the creation of a conducive business environment where the operators can thrive. The menace of oil theft, pipeline vandalism, low investment and insecurity have all contributed to the woes recorded in this all-important sector. We expect the government to do more in fixing these issues knowing the proportion of the revenue contributed by this sector.

“We have always recommended that the government must strive to implement the Petroleum Industry Act 2021, remove the unsustainable fuel subsidies, deregulate the downstream sector, and resolve peculiar issues affecting the operators in the sector. We look forward to a future where the NNPC Limited and other oil and gas assets are commercialised, run more efficiently, and Nigeria attracts all the investments required to boost oil production and refining capacity,” he said.

The Executive Director, OPTs, Bunmi Toyonbo, said the group still had “abiding faith” in Nigeria and noted the boundless growth of the country given the enabling environment

Chairman, OPTs, Dr. Uduimo Itsueli, said the group had evolved to become partners with Nigeria in the development of a sector that was key to the nation’s economic growth.

According to him, OPTS member-companies accounted for about 90 per cent of Nigeria oil production and contributed significantly to the domestic and export gas production and supply.

“Through direct and indirect employment of people, local contractors, and service providers, OPTS member companies have continued to provide significant means of livelihoods to Nigerians.”