Virologists have advised the Federal Government to procure more vaccines to curtail the spread of COVID-19 in the country.

A professor of virology, Oyewale Tomori and a medical virologist, Kolawole Oladipo, stressed the need for the Federal Government to get the majority of the population vaccinated against COVID-19. 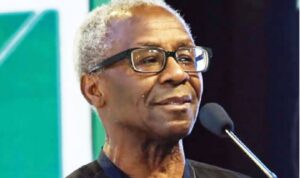 Tomori said people always exhibit hesitancy whenever a new vaccine was introduced but noted it would be difficult to know why people were rejecting the COVID-19 vaccine when the quantity available was not enough for the majority of the population.

“We won’t know why people are not going out to be vaccinated until we have enough vaccines. When we have enough doses, then we can start asking why people are rejecting it. But right now, there is no enough vaccine; although when you ask many people why they have not been vaccinated, they will tell you they just do not want to be vaccinated because of all the crazy stories being circulated on the internet.

“There is normally vaccine hesitancy when a new vaccine is introduced, but I don’t think we will be able to know the cause until we have enough doses,” he said.

Kolawole on the other hand said the country would be able to overcome new mutants if about 70 to 80 per cent of the population could be vaccinated.

“The vaccination coverage in the country is still low and this may likely allow the virus to go through more mutations. Although, if we can vaccinate between 70 and 80 per cent of our population on time, it will help in a great way. That means that Nigeria does not need to vaccinate the entire population to have herd immunity.

“The only thing that can be done is to get more donations of the vaccine from COVAX and some non-governmental organisations in Nigeria as part of their community service,” Oladipo said.

According to the National Primary Health Care Development Agency, a total of 2,034,150 have been vaccinated with the first dose of AstraZeneca vaccine in the country as of June 21, while 916,737 Nigerians have received their second dose of the vaccine.