The Shippers Association of Lagos (SAL) has appointed Dr. Kayode Farinto as the spokesperson of the association. 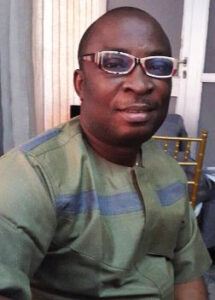 Confirming his appointment, Dr Farinto while speaking to our correspondent last week, said the association members at the last meeting agreed that he becomes the spokesperson of the shippers, this is even as he stated that proper appointment ceremony will be held soon at the association’s office in Lagos

Farinto who is also the Vice President of Association of Nigerian Licensed Customs Agents (ANLCA), stated that his appointment is in fulfillment of his commitment to continue to ensure that the maritime industry is rid of factors inhibiting trade facilitation and other challenges confronting shippers.

He added that the SAL is passionate and committed to providing solutions to some of the bottlenecks confronting shippers.

Farinto brings to his new role over 20 years’ experience, in the shipping and freight forwarding industry. He was once the National Publicity Secretary of ANLCA before being elected as Vice President of the association.

The new spokesperson of SAL has written many papers and delivered lectures on maritime related issues. He holds a Doctorate Degree from the American InterContinental University (AIU) United States.