The Senior Staff Association of Shipping, Clearing and Forwarding Agencies (SSASCFA) has condemned the recent forceful invasion of the offices of some shipping companies by the Federal Competition and Consumers Protection Commission (FCCPC). 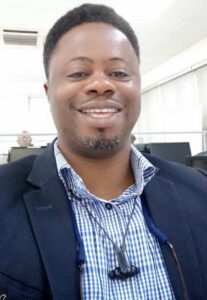 The association described the invasion which happened on Monday as a threat to its members lives, this is even as it stated that two of its members fainted and were rushed to the hospital owing to the commando style in which the commission stormed some shipping companies with armed men

He noted that members of the union shouldn’t be held hostage as they are only staff of the companies.

He however noted that the association was not against government agencies doing their work, but said laid down procedures should be followed.

According to him,” it is an embarrassment that a government agency will have to come in a commando style to invade some of these shipping companies

” Up till now, we are not aware of what they want, even the management is not aware, Nigeria Shippers’ Council is not aware and we don’t know what is going on.

“We may be forced to go on a warning strike, if the government does not address this forceful invasion.

“We know there will be economic loss, but our lives are worth much more than the demurrage that will be incurred” he said.