The Federal Controller of Works for Lagos State, Mr Kayoade Popoola says that the Mile 2- Tin Can port access road has been substantially completed. This is even as stakeholders in the maritime industry have expressed concerns over the state of the construction of roads leading to the Lagos ports and disagreed with the Federal Controller of Works over the completion claim. 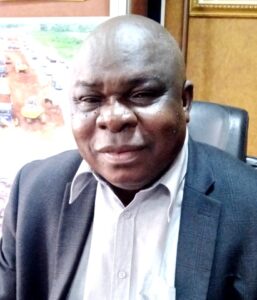 Shipping Position Daily recalls that the Federal Controller of Works in Lagos, had earlier assured that there is no cause for alarm regarding the deadline that was set for the completion of the Tin Can Island road. He had assured that the road will be completed in November this year. He also confirmed that the Federal Government will deliver the Apapa-Oshodi-Ojota-Oworonshoki Expressway project on the scheduled date.

However, while giving updates concerning the progress of the road construction last week, Popoola told Shipping Position Daily that the roads have been substantially completed. He stated that the remaining part is just the fixing of street lights and the marking of lanes.

Popoola specifically noted that the current ongoing construction around ‘Second Rainbow’ down to Mile 2 is under the Section two contracts. According to him, the section two contracts was awarded to Dangote Industry Limited in November 2018 and took off this year, due to the heavy presence of articulated vehicles. He claimed that Sections one, three, and four have been completed already.

“Sections one, three, and four of Apapa- Oshodi- Oworonshoki- Ojota road have been substantially completed. The only outstanding work now remaining are street lights and lane marking. No other major work remains. The construction currently going on around Second Rainbow towards Mile 2 is a new contract which is under section two. I only mentioned sections one, three, and four.

However, maritime industry stakeholders habve sharply disagreed with the claims of Mr Popoola Factional Chairman, Tin Can Chapter of the Association of Nigeria Customs Licensed Agents (ANLCA), Mr. Ojo Akintoye said that the port access road between Mile 2 and Tin Can is not yet pliable to motorists. He lamented that many clearing agents have lost their lives on that road as they had no option but to use the services of the Okada riders to transport themselves to their offices.

Akintoye noted that the road construction which started from Apapa was abandoned around Trinity and the contractors moved to Cele. He decried the assertions of the Controller of Works lamenting that the Federal Government has not been able successfully complete the port access roads for the past eight years.

In his words “The road is not pliable to motorists. We take Okada on that road on a daily basis and we are losing our members to the hands of accidents. The port is the gateway to Nigeria’s economy and the Federal government for the past eight has been trying to execute the construction and rehabilitation of that road yet it has not been completed. I don’t know the kind of country we are in. It is only God that can save our lives.

“We cannot count the number of souls we have lost on that road. The road is still there. They started from Apapa. Getting to Trinity, they abandoned the road there and they said they have moved to Cele and they abandoned the one they were supposed to complete towards Mile 2. From Trinity to Mile 2 is not pliable. We cannot say we want to go to our offices in our personal cars. Even the public buses cannot take us because the road is not motorable. The truck drivers plying the road are facing serious problems and challenges. This has made the cost of transportation on that axis to be more expensive. The road is not pliable. Nobody should deceive you” Akintoye lamented.

On his part, National Financial Secretary of the Association of Registered Freight Forwarders, Nigeria (AREFFN), Rev. Alex Nwokedi lampooned the government over the state of the port access roads.

“From the beginning of time, we heard that Dangote was awarded that contract and up till now something tangible has been done. Some parts of it have been cleared but the trucks on a daily basis have continued to congest the whole place”, he said.

Nwokedi however charged the government to look into and effectively strengthen alternative palliative measures such as the Barge and Rail systems so as to build efficiency in transport, logistics, and trade facilitation. He said these alternative measures will in turn reduce the congestion on the port access roads.

Also reacting, a Chieftain of the National Association of Government Approved Freight Forwarders (NAGAFF), Comrade Stephen Ibeh, told Shipping Position Daily that “those who are supposed to ensure improvement on the roads are the people who are sabotaging it. Those who are working there are collaborating with some people to thwart the efforts of getting that place done”, he alleged.