Following the decision of the Nigeria Ports Authority (NPA) to unbundle the trucks’ electronic system code-named “Eto” which is used for the organization of Trucks in and out of Lagos ports, stakeholders in the nation’s maritime industry have expressed divergent views about the proposal. 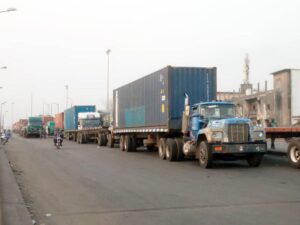 Eto, an electronic call-up platform managed by Messrs Truck Transit Parks (TTP) under the supervision of NPA was introduced in February 2021 to address the perennial trucking-induced traffic gridlock being experienced in Apapa.

In a recent interview with the Managing Director of the Nigerian Ports Authority, (NPA) Mohammed Bello-Koko stressed the agency’s decision to unbundle Eto, owing to the fact that stakeholders have been calling for it in order to create more efficiency in traffic control in and out of the ports.

Justifying the impending action, the NPA helmsman had said, “the truck call-up system was deployed to automate the manual manifest system of trucks and we believe that it has improved traffic flow and reduced gridlock, especially around the Apapa area. But we believe there is also a need to introduce competition because competition brings efficiency. Stakeholders have been pushing for the unbundling of the truck call up system. We are working on that and we will see how that goes. We believe it is time to do that”, he noted.

But, speaking with Shipping Position Daily last week, Mr Mohammed Sani Bala, a truck owner kicked against the proposed unbundling of eto, because it has succeeded in resolving the chaotic gridlock in Apapa and Tin Can logistics corridors.

He also noted that Eto has been able to reduce the amount transporters use to spend to access the ports, adding that in the past, truckers used to spend between N250,000 to N300,000 per truck to access the ports without any assurance of getting to the ports or getting a refund of money, when the truck fails to enter the port.

But according to him, transporters now spend about N30,000 through Eto with full assurance of getting to the port of their choice on time.

Bala however noted that the only problem of eto is human interference and if addressed by the removal of the multiple extortion checkpoints along the ports’ corridors, the eto app would perform better.

Speaking also, the President of Association of Maritime Truck Owners (AMATO), Chief Remi Ogungbemi said the electronic system has not been efficient, because there are some human actors circumventing the system for their personal and selfish interests. He however opined that while the government set up sanction against these actors, the eto system should be sustained and improved upon.

On his part, the National President for the Council of Maritime Truck Unions and Association (COMTUA), Mr Adeyinka Aroyewun stated that the association is in full support of the unbundling of Eto, adding that such a step will put an end to the lingering menace of inefficiency and extortion in the Maritime industry.

Aroyewun noted that the associated has already developed an alternative computerized application which is robust in scope and is backed by demonstrable effectiveness that is second to none in the business. He assured that if the unbundling is timely done, great improvements will be recorded.

He said beyond unbundling, relevant government agencies should ensure the regulation and monitoring of the system by setting up and enforcing necessary checks and balances.

Reacting to NPA’s introduction of the electronic system to other ports, Mr Stephen Ibeh, a clearing agent and President of The Patriots Anti-corruption Initiative (T-PACI) opined that the electronic call-up system should be monitored and to ensure that it is working well in Lagos ports before it is introduced to other ports outside Lagos.