The Maritime Workers Union of Nigeria MWUN and Barge Operators Association of Nigeria (BOAN) on Tuesday set up a 10-man Committee to regulate barging activities as a mode of cheaper cargo transportation. 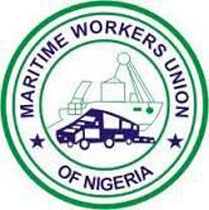 Speaking yesterday during a press briefing, the Deputy National President of MWUN, Comrade Tonye Harry noted that the commencement of a Standard Operating Procedure (SOP) will begin on Monday 15th November along side the inauguration of the Steering Committee management unit with terms of reference for implementation of the SOP on barging activities in the country.

He disclosed that the two groups have formed an alliance, culminating in the constitution of the committee vested with the duty to develop a Standard Operating Procedure for barging activities in Nigeria.

He said: “As we all know, over the years the access roads to our nation’s seaports especially as it concerns Lagos ports has been deplorable occasioning long stretches of traffic which inadvertently impact negatively on maritime operations and business.

“Because of this situation, diverse group of concerned stakeholders inclusive of the maritime sector unions and associations have severally called the attention of the public and government to the bad state of the road and the urgent need to effect repairs on them. Unfortunately, the problem has persisted for decades seemingly defying all solutions thrown at it while stakeholders continue to suffer huge losses in man hour, turn around time and finances. This necessitated the need for stakeholders to look inwards for a solution, for an alternative way of cargo handling, trade and transportation.

” In view of the fact that barging is the most economical mode of cargo transportation, able to transport bulk commodities for a fraction of the cost of moving them by road and coupled with the fact that barging is also environmentally friendly, it becomes a very significant alternative and caught the attention of stakeholders to develop barging as a viable alternative for cargo transportation, the Maritime union and BOAN have formed an ALLIANCE’, culminating in the constitution of a ten man Steering committee vested with the duty to develop a Standard Operating Procedure (SOP) for barge operations.

Speaking on the total number of barges moved so far this year, BOAN informed that over 800,000 containers have been moved, this is even as he debunked claims that the barges belonging to members of the association are substandard stating that barges used by members of the association are of high standard while also informing that volume of cargoes moved within the last ten months was quite high barging activities has aided decongestion of the ports adding that barges belonging to members are licensed by maritime regulatory agencies of the federal government.

Also speaking, a member of BOAN; Hajia Bola Muse assured stakeholders that the enforcement team of the alliance and ensure strict compliance to the flag off of the SOP.