Kenya has vowed it will not abide by an International Court of Justice (ICJ) ruling that has given Somalia control of a vast EEZ area rich in hydrocarbons and fish resources. 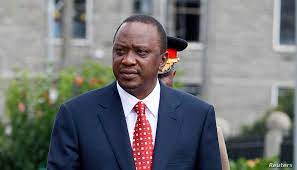 President Uhuru Kenyatta said that Nairobi rejects and does not recognize the findings in the decision, adding that Kenya is determined to use all means to safeguard its territorial integrity.

“The decision embodies a perpetuation of the ICJ’s jurisdictional overreach and raises a fundamental question on the respect of the sovereignty and consent of states to international judicial processes,” he said.

Somali President Mohamed Abdullahi Mohamed, widely known as Farmajo, implored Nairobi to “respect the international rule of law” and respect the verdict, which is “a fair indication of the transparency” of the ICJ.

In their ruling on the protracted maritime dispute, which had dragged on since Somalia sued Kenay in 2014, the ICJ judges unanimously ruled there was “no agreed maritime boundary” in force between the two neighbors. Instead, it drew a new border close to the one claimed by Somalia.

“In its Judgment, which is final, without appeal and binding on the Parties, the Court unanimously finds that there is no agreed maritime boundary between the Federal Republic of Somalia and Republic of Kenya that follows the parallel of latitude,” said the ICJ judges.

In the ruling, the judges said the starting point of the single maritime boundary delimiting the maritime areas between the two countries is the intersection of the straight line extending from the final permanent boundary beacon (PB 29) at right angles to the general direction of the coast with the low-water line.

“By ten votes to four, the court decides that from the end of the boundary in the territorial sea (Point A), the single maritime boundary delimiting the exclusive economic zone and the continental shelf up to 200 nautical between the Federal Republic of Somalia and the Republic of Kenya follows the geodetic line,” the court said.

Considering the ICJ has no means of enforcing its rulings, the decision by Nairobi to reject the judgment risks opening up another front of disagreement between the two neighbors, whose relationship is already frosty.

“This decision is, in the circumstances, a zero-sum game, which will strain the relations between the two countries. It will also reverse the social, political and economic gains; and potentially aggravate the peace and security situation in the fragile Horn of Africa region,” said President Kenyatta.

Somalia filed the case at the ICJ in 2014, alleging that Kenya was encroaching on its maritime territory. Five years earlier, in 2009, the two countries had signed a memorandum of understanding backed by the UN, pledging to settle the boundary dispute through negotiation. They failed to reach agreement, prompting Somalia to take the ICJ route.