The Guangzhou Maritime Court reportedly ordered the compensation of the stranded Filipino crew members of the M/V Angelic Power. The men were stranded in China for over a year. 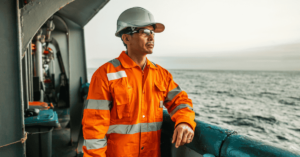 The court said that the crew members would receive monetary claims soon. It declared such a welcoming decision on 17 June, just a few days ahead of International Seafarer’s Day.

Arnold Javier, the President of Magsaysay Maritime Corp. (MMC), said that when the news broke out, the crew members were informed immediately and asked to share relevant documents to finalize this transaction.

The court’s ruling was a victory for the Filipino seafarers. The members passed on their thanks to the court for prioritizing the claim payment via video messages.

Thirteen Filipino crew members employed by the MMC were stranded for about 17 months owing to a dispute between Guangzhou South China Coal Trade Center Co, the cargo recipient, and Angeliki Dynamic Investment Corp, the ship’s owner. Their passports had reportedly been seized, and the ongoing pandemic aggravated the situation.

MMC and Marine Partners Monaco (MPM) had abided by all legal proceedings and were steadfast in watching over the seamen through the ordeal. Besides, MPM reportedly collaborated with a Chinese lawyer representing the stranded Filipino seamen in court.

MMC and MPM have reportedly informed that they were always committed to their promise that the plight of Filipino seafarers “matters” to them.