The newly-elected President of the Chartered Institute of Transport Administration (CIOTA); Mr Segun Obayendi, has reiterated the importance of technology in advancing the country’s transportation industry. 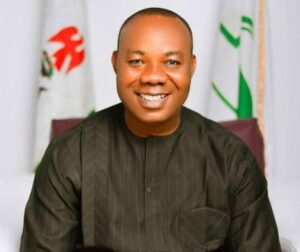 Obayendo said this on the sidelines of the 17th National Council on Transportation in Abuja on Monday.

The meeting is with theme, ”Transport Technology and Innovation for Socio-Economic Sustainability”.

The president said the theme of the event was apt, adding that the conference would also be very impactful following the level of programmes lined up.

”A technological needs assessment of five modes of transportation have just been concluded.

”If we deploy these innovations, we can begin to talk about a new Nigeria.

”Technological innovations have made it easy to analyse traffic in real time, providing 100 per cent accurate data in all traffic conditions.

”This helps to save time, cost and of course, boosts internally generated revenue for planning and development.

”We will continue in the drive to attract the best brains in the world. Furthermore, we will be committed to ensure that CIOTA will continue to source membership from both the public and private sector and especially multinationals and international bodies.”

The CIOTA, said, has made impact in terms of job creation across this modes.

“Now that we have been elected, we have plans in place to further enhance the employability of members so that wherever they find themselves they will have value to add to that organisation.

“They will have a lot to contribute as far as that is concerned. ”

He said the institute would sensitise the roads transportaion through the Automatic Number Plate Recognition (ANPR).

“On the maritime, we have to give kudos to what NIMASA has done under the leadership of Dr Bashir Jamoh, as far as technology is concerned.

“With the deep blue project, we now have secured gulf of guinea and piracy has been reduced to the barest minimum .

“On rail, the government has now deployed technology such that before a reoccurrence of a train attack now, they will be alerted, technology would detect it and that will help in mitigating insecurity and controlling them. ”

“The conference is a very important event to all actors in the transport industry.

” It is the vehicle that provides interaction among all players in the industry where informations are shared and issues are raised for consideration by all,”he said.

Rabiu said, during one of the conferences, considerations were given on the Dala inland dryport and after careful evaluation, the dryport was given support by all stakeholders.

Similarly the Permanent Secretary of the Ministry of Transport, Akwa-Ibom, Mr Otuekong Edem said technology is the basis of human development and would be good for Nigeria to accept its dynamics.

Edem said: ”the theme of the event is important to Nigeria but its impact depends largely on political will.

“When we appreciate it as a people, Nigeria will be a better place in the transport sector.”