“The day they are able to blow one piracy boat; the entire Gulf of Guinea will begin to rest” 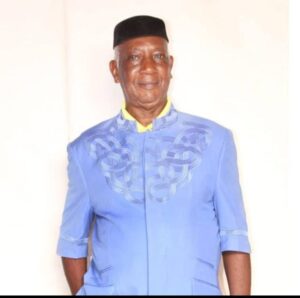 We saw some of the boats acquired under the Deep Blue Assets, do you think this can curtail piracy in Nigeria?

The mistake that a lot of people make everywhere is that they think that the solution to piracy is the boats. It is not the ships. Ships alone cannot curtail piracy. Pirates have speed boats. The ships that they attack at sea, what are their speed? It is not even up to one-tenth of the speed of those speed boats. The only way a ship can act in a piracy situation is only when the ship is there when the action is taking place. If they get a report of piracy happening somewhere and they don’t have enough speed to get to the scene before the pirates finish their operation. Aircraft and Drones must be involved. You have the Maritime Domain Awareness Equipment to see when a Ship reports and to be able to see what is happening to it. But to be able to stop or arrest, you must need a combination of Ships and Air assets. The Deep Blue Sea project has heightened the ability to suppress pirates mainly because of the air assets it has added to their Maritime Domain capabilities and that is what is going to make this Piracy die in the Gulf of Guinea.

NIMASA gave itself a deadline about a year ago to bring down the rate of piracy to the barest minimum. Do you think this is enough time?

You never can tell. It is the effectiveness of the assets that you have brought to play and how trained the people are, there are two things. One knowing what is happening in your Maritime environment while the other one is to be proactive enough to be able to deter it from happening. The third one is that when it is happening, you are there within minutes of when a report is given by a Ship that is distressed, and the only way you can be there is by air assets. You must have your air assets programmed to your Maritime Domain Awareness assets together with the Ships, so that the three can work together. That is the only way pirates can know they are under threat. If I have my way, I may see one or two blown off the waters and everyone will sit up.

There is the Coast Guard Bill at the National Assembly and it has been dragging for a while. If it is passed into law, can it curtail piracy?

A Navy, depending on the size, is called a Navy. A Coast Guard, depending on the size, is also called Coast Guard. So you can either have a Navy or a Coast Guard in your country. The US Navy is a global Navy; their responsibilities are global. The US Coast Guard is the one responsible for the homeland defence of the US and they do Coast Guard duties. A Navy globally has three roles which are: Military, Policing and Diplomacy. On the Military role, it is stopping other Naval vessels or enemy Ships from coming into your territory to cause harm. So what do you do? You go to their place and cause problems for them too. On the Diplomatic role, I can give you a typical example. In Gambia, a political situation came up where the President has been sworn-in and the other did not want to leave. The Nigerian Navy sends a vessel; the vessel did not need to enter Gambia. They just stay at sea. The presence of the Vessel at sea was enough to tell them that they must behave themselves. That is a diplomatic role. The Policing function of a Navy is two; which are Coast Guard and Nation building. It is a statutory responsibility even in the Nigerian Constitution and the Defence Policy of this country. That is the mandated job for the Nigerian Navy. Do we have a Submarine? The Country over the years has not been able to give the Navy all it needs to do all the functions she has given it. The Policing role of every Navy; including the Nigerian Navy is the Coast Guard and Nation building. Nation-building deals with internal security and all that. Then if the Navy has been performing that role for the past 68 or 69 years, then you are saying that the Navy no longer exists or you give it another job and then you take the Coast Guard function off the Navy and create a Coast Guard. If you create a Coast Guard today, will they be able to be as good as the Navy that has been there for 69 years? They call Coast Guard without knowing the responsibilities of what a Coast Guard job entails and they forget to realize that it is a mandatory function for every Navy to do a Coast Guard function. That is principally the job the Navy does everywhere in the world.

So do you think there is no need for the Coast Guard Bill?

The Bill will not see the light of the day. That is what I know, I don’t need to think about it. Concerning the Bill, once you mention the word “Coast Guard” you have got it all wrong. This is because it is the same government, the same country. the same institution. You have a Navy and that is their primary role. Are we at war? I am saying the Navy Ships go out and do their Policing and Patrol. The Navy patrol is a Coast Guard function but people don’t understand.

We have 12 nautical miles into the sea as our territorial zone and 200 nautical miles as our Exclusive Economic Zone. We had that our waters are being over-fished by foreign trawlers. Do you share this view?

Have the foreign trawlers not been attacked too?

They (pirates) attack them too.

Do you think we can say right now the Gulf of Guinea is 80 percent secure?

I laugh. I am waiting for the day they will blow up one piracy boat and report that they have blown it off. Do you take armed robbers to court if you catch them on the scene? You exchange fires and at the end of the day, somebody will die. The day they are able to blow one piracy boat, the entire Gulf of Guinea will begin to rest. In Lagos alone, there are over 300 creeks. There are navigable waterways from here all the way to Lokoja and all that. There are also creeks in other places. If the Navy now begins to attend to backwater issues, their effectiveness will reduce. This is because it is the same human beings that have to go onboard ships and go to sea to do the primary role that you now begin to spend on internal waters. They are to set up Maritime security agencies that will be able to work hand-in-hand with the Nigerian Navy to take care of the backwaters and allow the Navy to take care of the sea. It is because of this missing link that everyone is crying for Coast Guard. Backwaters are not Coast Guard’s responsibility. The meaning of Coast Guard is to go out to sea, just like the Navy will go out to sea and it is a Navy function.

Do you think it was right for the government to have stopped private security firms from securing Nigerian waters?

What have they achieved? Have you heard them arrest somebody? What have they achieved, that is the truth. Private maritime security (in my opinion) should not exist. This is because it reduces the effect of the Navy. The private maritime security companies are paid by the IOCs to monitor their place and bring crew to them. If the water environment is safe, will I be paying anybody to make my crew come to me? Equip the Navy and let them do the job they are to do. The Navy should face the seas from our Coastline and get a Maritime Security agency or whatever name that will take care of the backwaters.

Concerning security of onboard vessels, a lot of foreign companies engage the onboard securities to help prevent their vessels from attack.

When the Gulf of Guinea is secured, there would not be any need for them to put security on board. It is because today the issue of security in the Maritime environment globally has risen and caused a lot of things like poverty, target opportunity, bigger ships are being built, economic inequality and so many things.

Monday Interview: “Yes, it is my aspiration to be the President of ANLCA”