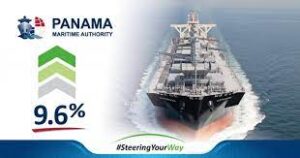 In the present year alone, as of July 31, the Registry grew by 1.39% and 3.9M GT, and maintained a 27% retention in its fleet, according to the Panama Maritime Authority (AMP) statistics, which represents a significant improvement to the retention percentage of 10% at end-2021 as well as the decrease of 9.3%, during the same period, of cancellations by transfer which occur by decision of the shipowner or the company operating the vessel, and are transferred to other registries.

At the beginning of the Panama Maritime Authority’s new administration in July 2019, the ship registry presented a growth in negative numbers (- 2.7%), according to Clarksons Research, which required an immediate change of strategy since the statistics were not encouraging. But almost a year later, in May 2020, the Registry started to show positive numbers, finishing the year with a 3.9% growth and an increase of 10.4M GT.

Read Also:  Dry Bulk: Freight Rate Market Could Be Heading for a Rebound in the Coming Weeks

The Ship Registry (under the Directorate General of Merchant Marine) established a series of performance indicators in the operational processes to measure the service efficiency and quality, and its productivity. To date and for 2020, the goal of net growth in GT, has been met by 68%, and the goal of gross growth in ships and gross growth in GT have been met at 100%.

The Panama Maritime Authority has made a priority to revise and update the Law 57, one of the legal frameworks on which the administration of the Panamanian fleet is based, a process that began in 2020 and which continue, with meetings with the Panama Maritime Law Association (PMLA-APADEMAR).