UN Adopts Global Convention On The Sale Of Ships By Courts 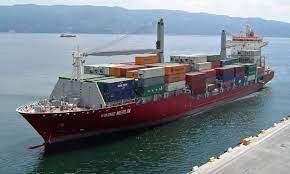 The General Assembly authorized a signing ceremony for the Convention to be held as soon as practicable in 2023 in Beijing and recommended the Convention be known as the “Beijing Convention on the Judicial Sale of Ships”.

In most States, courts have the authority to order the sale of a ship to satisfy a claim that is brought against the ship or shipowner. Such a claim is typically brought to foreclose a ship mortgage (in the event of default in repayment) or to enforce a maritime lien against the ship. The judicial sale procedure is typically preceded by the arrest of the ship.

While the international community has achieved significant progress in harmonizing rules on the arrest of ships, much less progress has been achieved in harmonizing rules on the judicial sale of ships, which remain subject to widely varying domestic laws. The Beijing Convention will enhance legal certainty by creating a uniform regime for the international effects of judicial sales of ships.

The Convention is expected to provide legal protection for purchasers of ships sold by judicial sale, while safeguarding the interests of shipowners and creditors. It does this by providing uniform rules that the clean title acquired by the purchaser in the ship will be recognized internationally, while requiring a certificate of judicial sale only to be issued if certain safeguards are met, including notification of the shipowner, creditors, and other interested parties.

It is expected that these safeguards will positively impact the price realized at judicial sales of ships, to the benefit of both shipowners and creditors, including lienholders and ship financiers. The International Maritime Organization will act as the repository of notices and certificates of judicial sales under the Convention.

The General Assembly calls on Governments and regional economic integration organizations to consider joining the convention to strengthen the international legal framework for shipping and navigation.

The United Nations Commission on International Trade Law (UNCITRAL) is the core legal body of the United Nations system in the field of international trade law. Its mandate is to remove legal obstacles to international trade by progressively modernizing and harmonizing trade law. It prepares legal texts in a number of key areas such as international commercial dispute settlement, electronic commerce, insolvency, international payments, sale of goods, transport law, procurement and infrastructure development. UNCITRAL also provides technical assistance to law reform activities, including assisting Member States to review and assess their law reform needs and to draft the legislation required to implement UNCITRAL texts. The UNCITRAL Secretariat is located in Vienna, Austria.