A time charter is a time-bound agreement, as opposed to a voyage charter. The shipowner leases a vessel to a charterer for a fixed period of time, and they are free to sail to any port and transport any cargo, subject to legal regulations. 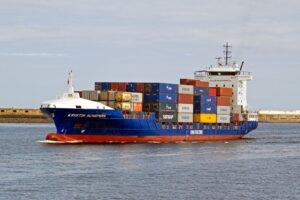 Although the charterer controls the ship, the maintenance of the vessel still falls under the purview of the owner. They are responsible for ensuring that the vessel meets internationally accepted maritime standards, throughout the course of the agreement. They regularly employ marine surveyors to prepare reports on the seaworthiness of the vessel and make repairs as and when required. The owner will face legal action in case the vessel is found to have some major problem.

The time charter agreement can span anywhere from a few days to a few years. This is a long-term agreement that works on a single rate of payment known as the freight rate.

Payment is to be remitted every quarter and does not fluctuate under ordinary circumstances.

In time chartering, the charterer is responsible for selecting a crew, paying charges that arise during the voyages, and arranging for provisions to ensure smooth operations at every port of call. They must intimate the planned route to the owners in advance. The payment is calculated on a per-day basis, with penalties added at a later time. The cost of fuel, provisions etc. are to be covered by the charterer, while the owner will handle all maintenance-related costs.

The charterer often does not sail on the vessel and provide instructions to the master of the vessel in their stead. This includes permissible cargo, route and ports, required charter speed etc.

Unlike voyage charters that use a rigid payment calculation, there are several provisions for unforeseen delays in time charters.

Since payment is on a daily basis, the charterer may be delayed for a certain reason, and these are covered in the agreement.

Similarly, if some form of damage occurs and repairs need to be carried out, the duration is considered to be off-hire. Certain clauses can be inserted in the agreement, that allows for a fixed number of off-hire hours. Beyond this, the charterer is charged for delays.

Briefly put, a time charter involves leasing a vessel for a fixed period, on a per-day rate, where the charterer is free to use the vessel. The owner only looks after maintenance-related cost.

Clauses are inserted to protect the charterer from having to pay for hours that were spent due to events that could not have been foreseen.

How to Choose a Charter Type

Voyage and time charters are very different, in their intended use and service conditions. Knowing when to choose each type of charter can go a long way in meeting expectations of the charterer and shipowner.

A voyage charter is preferred in cases where the charterer only needs the vessel for specific voyages that may arise for different reasons. This could be the case when there is an occasional cargo to transfer.

An occasional cargo commonly springs up during sudden surges in demand, when the supply services are down. Thus, companies that may deal in other commodities may enter the cargo industry for that period of time, in order to make a profit.

This can also happen when the charterer has already pressed into service their own fleet of vessels, which forces them to hire a ship from a third party so that they may undertake a single voyage.

Voyage chartering can be tricky for inexperienced charterers, since the matter of the crew and equipment must be handled correctly.

Most owners make arrangements to look after these requirements, but it is mostly based on goodwill. Having a shipbroker negotiate the terms can be very helpful in ensuring that the occasional charterer is not inconvenienced by having a ship without a crew to man it.

A time charter is more commonly used by more experienced chartering firms when there is a long-term requirement for a vessel. Instead of having to specify the ports and routes undertaken by the vessel in the charter agreement, the charterer simply hires the boat for a fixed period of time and takes complete control over the vessel in all but name.

As they are free to sail to any destination with any group of crew and officers, it is beneficial to companies that already deal in shipping. For instance, if a ship is decommissioned or is sent in for repairs, the company needs to be able to procure a vessel for the duration of that period.

Instead of having to book a ship every time they wish to undertake a voyage, they use time charters. Thus, for the duration of the agreement, they will have possession of the vessel and are free to use it, within the purview of the law. This is especially useful since such a charterer will often already have a crew ready to take over the hired vessel.

Another major factor that sways the decision to pick either a voyage or time charter is the finances of the shipping industry. Voyage chartering is considered to be a volatile market since there is no assurance of leasing a boat on completion of an existing contract. Since it is only applicable for a single voyage, the overall volatility of the voyage charter is high.

However, charterers prefer voyage charters for the reason that they can always get a more competent rate from other ship owners. In other words, the owners are at the mercy of the chartering sector.

So, most ship owners prefer time charters, as it guarantees financial returns for a fixed period of time, at a fixed rate. This offers some protection against rapid fluctuation of the chartering rates. However, charterers do not prefer this contract, as it ties them down at a single rate for an extended period.

A one-off charterer always goes for a voyage charter, while a regular charterer prefers time charters. Shipowners are often directly approached by charterers, instead of having marine brokers. Thus, one must have an overall look at various factors influencing the shipping sector, prior to choosing between a voyage and time charter.