The World Health Organisation has alerted that more cases of hepatitis of unknown origin in children are being recorded across European countries, noting that more cases have been reported since its earlier report was released. 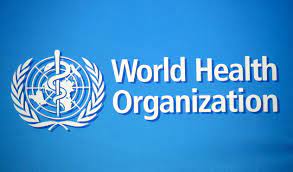 According to the WHO, the cases are found among children and teenagers between the ages of one month to 16 years old.

The WHO report partly reads, “As of 21 April 2022, at least 169 cases of acute hepatitis of unknown origin have been reported from 11 countries in the WHO European Region and one country in the WHO Region of the Americas.

“Most cases did not have a fever. The common viruses that cause acute viral hepatitis (hepatitis viruses A, B, C, D and E) have not been detected in any of these cases.

“International travel or links to other countries based on the currently available information have not been identified as factors.”

Read Also:  Some Things That Are Actually Damaging The Kidneys

Continuing, the report said that “adenovirus has been detected in at least 74 cases, and of the number of cases with information on molecular testing, 18 have been identified as F type 41.

“SARS-CoV-2 was identified in 20 cases of those that were tested. Furthermore, 19 were detected with a SARS-CoV-2 and adenovirus co-infection.

“The United Kingdom, where the majority of cases have been reported to date, has recently observed a significant increase in adenovirus infections in the community (particularly detected in faecal samples in children) following low levels of circulation earlier in the COVID-19 pandemic. The Netherlands also reported concurrent increasing community adenovirus circulation.

“Nevertheless, due to enhanced laboratory testing for adenovirus, this could represent the identification of an existing rare outcome occurring at levels not previously detected that is now being recognized due to increased testing.”

Regarding the public health response to this outbreak, WHO said that, “Further investigations are ongoing in countries that have identified cases and include more detailed clinical and exposure histories, toxicology testing (i.e., environmental and food toxicity testing), and additional virological/microbiological tests. Affected countries have also initiated enhanced surveillance activities.”