Why We Expelled Factional Members – ANLCA

· Debunks Report Of Court Ruling on Submission Of Fake Documents

The Association of Nigeria Licensed Customs Agents (ANLCA) said it has finally expelled seven key factional members of the association over anti-association practices and refusal to obey the law. 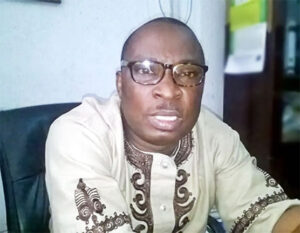 He noted that although it was the plan of the executives to use diplomatic approach to resolve the issues, but said concerned ANLCA members refused such opportunities as they called for the upholding of the association’s constitution.

According to him “the executives attempted to use diplomatic approaches to resolve the issues, but concerned ANLCA members refused such opportunities. The ANLCA constitution is sacrosanct”.

Farinto who is also the chairman of the association’s Disciplinary Committee said, “My recommendation was that they be suspended thinking that they would have an opportunity to repent and apologize. Nevertheless, the NEC agreed that in view of the anti-association activities which has digressed to the extent that the President was attacked, his phone stolen and monies collected from his account. I slept in the police cell for allegations I knew nothing about, and many other excesses, because we have visited over 10 police stations from these expelled ANLCA members”

“It was the extent of the havoc caused by these people that informed the decision of the NEC to expel them, rather than suspension. Since the NEC meeting held, this is the first press conference and we are reiterating that they are expelled.

“We are officially telling the public that anyone dealing with these people on behalf of ANLCA are doing so at their own peril.”

He however said only the National President can convey a NEC meeting that can reconsider the membership of the expelled members with stringent measures.

“Only the National President can convey a NEC meeting that can reconsider the membership of these expelled members with stringent measures.

“NEC is the National Executive Council and this Council comprises of NECOM- the President and his national executives, all the chapter chairmen and national committees. So, it is the NEC that expelled these members”.

Explaining further, he said: “We have seen alleged board members administering oath of office to chapter executives which isn’t recognized in the ANLCA Constitution and can be treated as a criminal offence”.

“The President has made several attempts to resolve this problem and even set up a committee which had their representatives as members, but all diplomatic efforts failed and people who claim to want peace wouldn’t be dragging us to police stations or instituting numerous court cases against us” he added.

Also speaking on a recent online report (not Shipping Position Daily)) where it was reported that a Badagry-based court ruled that the NEC submitted fake documents, said there was no such ruling, even as he threatens legal action against the publisher of the alleged fake report.

He said, “You all recollect that ANLCA had its NEC meeting last week and an incident sprang up as two of our members took us to Badagry court to argue that we had a kangaroo election and we didn’t recognize them.

“The issue has been on for a while and the judge was trying to rule on representation to know the actual lawyers and solicitors representing ANLCA.

“This issue has been on for quite some time and the judge said that he was going to rule on that Monday, but he was unable to rule despite the legal gymnastics.

“So, it saddens me to read on some online platforms that the judge ruled that we submitted fake documents. It is very disheartening and there is a need for us to put the records straight.