Home » With N5m, You Can Smuggle Trucks Of Petroleum Out Of Nigeria, Official Tells Reps

An official of the NNPC Limited has revealed that with N5 million only, anyone can smuggle trucks of petroleum products out of Nigeria. 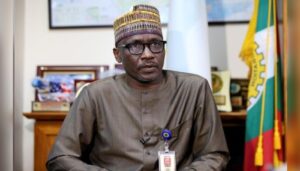 The Chief Financial Officer of NNPC Limited, Umar Ajia, disclosed this on Monday while appearing before the House of Representatives committee investigating fuel subsidy in Nigeria.

Mr Ajia, who represented the CEO of NNPC Limited, Mele Kyari, said some West African and Central African countries have stopped importing petroleum products and depend solely on smuggled products from Nigeria.

He specifically stated countries like Cameroon and Benin Republic have stopped importing fuel and depend completely on the smuggled products from Nigeria due to the porous border.

“If you have N5 million, you can cross the borders with trucks laden with PMS— that is the bitter truth— we have porous borders. Yes, we have Customs but I do not know.

“PMS crosses everywhere, to Cameroon through the North-east, Nigerian PMS gets to Mali. Our neighbouring countries hardly import PMS. In fact, some of them do not have the cover to back up imports.

“Cameroon refinery got burnt sometime last year or so, since that time, they have not imported PMS but they are still using PMS; if you go to Niger, you find that PMS is sold in bottles.

“To them, it is a cheaper source, why waste their foreign exchange, so we are subsidising our neighbours, that is the simple truth,” he said.

Mr Ajia blamed the arbitrage that exists due to the subsidy in Nigeria for the smuggling. He noted that the Nigerian government spends N209 on every litre as subsidy.

He reiterated that NNPC limited and other agencies of government have no idea of the exact daily consumption of PMS in Nigeria. According to him, the 66.7 million daily consumption is based on the truck out from the depot.

“States that consume the most are states like Oyo and Ogun State, they even consume more than Lagos State. So you wonder, is it that they have more vehicles than Lagos? This explains that these are states with porous borders and that will explain why this bulk evacuation is going out of Oyo and Ogun states, probably neighbouring countries,” he said.

Mr Ajia disclosed that aside from the price differences, there is also the foreign exchange component of the subsidy regime

The federal government is currently proposing to spend about N3.5 trillion on petroleum subsidies in two quarters of 2023.

Mr Ajia also disclosed that NNPC Limited is taking some actions to prevent perennial fuel scarcity during the Christmas and New Year season.

He said the board of NNPC Limited had to extend the Direct Sale and Direct Purchase Agreement with the marketers to avert scarcity.

According to Mr Ajia, the country is expecting 1.6 billion litres of PMS to ensure that there is an average of two billion litres monthly at closing stock.

“Direct Sales Direct Purchase (DSDP) contract, in reality, ended in August, and it is a very dangerous period to begin to re-tender for that because we are facing the winter. These are the difficult “embers months’’ that we normally avoid fuel scarcity.

“You know the scarcity in Nigeria is really associated with the Christmas period, so if you tender, the tendering process will take one or two months. So what the board approved we do is to extend the contract for six months such that we have passed the winter and we have passed the election, otherwise, we could have problems during elections,’’ he said.

Meanwhile, the chairman of the committee, Aliyu Ibrahim was perplexed by the revelation from the NNPC Limited.

He stated that the existing framework on PMS may sink the country.

“Don’t you think we have deliberately chosen to sink the country?” he asked.

Mr Ibrahim, therefore, directed that Duke Oil and other subsidiaries of the NNPC Limited must appear before the committee on Thursday.

Afterwards, the committee resolved to go into an executive session with Mr Ajia and his team.

It is however unclear why the committee went into executive session since the hearing is not security related.