On 30 September, the United Nations Conference on Trade and Development (UNCTAD), hosted “The Crewing Crisis – Seafarers concerns in times of the pandemic and beyond” as part of their maritime webinar series. Dr Cleopatra Doumbia-Henry, President of the World Maritime University (WMU) contributed as a speaker. 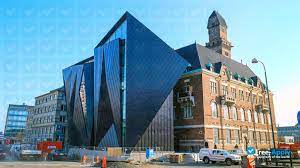 Held on the occasion of World Maritime Day 2021, dedicated to “Seafarers: at the core of shipping’s future”, the joint UNCTAD-ITF panel discussion highlighted related challenges and the urgent need for action to help ease the plight of seafarers and facilitate the safety and sustainability of shipping in times of pandemic and into the future. Stephen Cotton, General Secretary of the International Transport Workers Federation (ITF), opened the webinar with a presentation that was followed by a discussion that included President Doumbia-Henry, Mr Brandt Wagner, Head of the Transport and Maritime Unit of the Sectoral Policies Department at the International Labour Organization (ILO), and Ms Regina Asariotis, Chief of the Policy and Legislation Section of the Trade Logistics Branch at UNCTAD. The webinar was moderated by Dr Jan Hoffmann, Head of UNCTAD’s Trade Logistics Branch.

In her remarks, President Doumbia-Henry highlighted that it goes largely unrecognized that the women and men working on ships spend long periods of time away from their families, working in demanding, isolated and often dangerous conditions.

The COVID-19 pandemic unprecedentedly magnified these conditions and has shone a light on issues regarding the working conditions and fair treatment of seafarers. “While seafarers have shown bravery and resilience and have worked tirelessly to keep the transport of essential goods flowing, now more than ever, the maritime and oceans community needs new approaches and robust action to tackle the challenges seafarers are facing,” she said.

President Doumbia-Henry reiterated the significance of the Maritime Labour Convention (MLC, 2006) which is ratified by 99 countries to date. The Convention provides that when a seafarers’ contract ends, which cannot exceed 11 months, they have a right to repatriation. She highlighted that governments and national authorities should with respect to seafarers:

·Ensure the compliance with the ILO MLC, 2006 as amended provisions and in particular the provisions relating to health protection, medical care, welfare (Reg. 4.3) and the requirements concerning the right to repatriation (Reg. 2.5)

·Accept ILO seafarers’ identity documents (ILO, C.108 and C.185), discharge books, seafarer employment agreements and letters of appointment from maritime employers as evidence of being a professional seafarer, including for purposes of crew change

·Permit them to disembark for crew change and repatriation in ports and to transit and transfer through their territory to an airport and to implement appropriate approval and screening protocols for seafarers wishing to disembark ships.

She appealed to countries which have not yet ratified the MLC, 2006 to move forward to do so in order to ensure that human and labour rights of the seafarers are fully protected and implemented both in law and in practice to continue to enable global trade to be efficient and effective. “Human and labour rights of seafarers, as well as their health and well-being must be prioritized,” said President Doumbia-Henry.