1% Are Fully Vaccinated In Africa As Third Wave Hits

The Director Africa Centre for Desease Control (CDC) has said that only 1.19 per cent of Africa’s population have been fully vaccinated against the coronavirus as third wave hits. 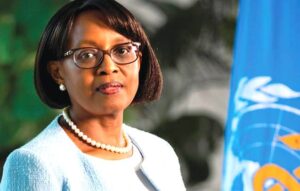 A paltry number that is worrying experts as the continent experiences a third wave of cases.

The current rise in infections is being driven by the highly contagious Delta variant, which has been detected in 15 African countries so far.

According to World Health Organization Regional Director, Matshidiso Moeti, in seven days to July 4, the continent registered its worst week since the pandemic began.

The number of cases has risen for seven consecutive weeks since the third wave began in May.

More than 251,000 new infections were reported on the continent last week,that is about 20 per cent increase from the previous week.

The number of cases is climbing in 16 African countries, warning that the worst is yet to come and that Africa is still several weeks away from seeing infections level off.

Africa CDC said a total of over 5.7 million infections have been documented in Africa to date, with more than 148,000 of those being fatal.

But experts believe the number of unreported cases is likely higher on the continent of 1.3 billion people.

Africa accounts for 3.1 per cent of all global cases but still the total number is low compared to other world regions.

The CDC is trying to pool resources from African nations and coordinate efforts to fight the pandemic.

So far, Africa has procured only 70.4 million vaccine doses of the 700 million planned for this year and 53 per cent of those have already been administered.

Covid-19 Pandemic: A Wake Up Call For Africa