Fifteen people died in maritime accidents last year in the UK, including a man in a fishing boat a mile off the coast of Fleetwood, according to a new Government report. 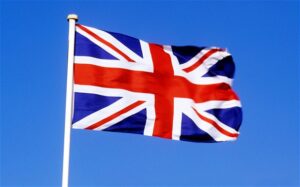 The annual report from the Maritime Accident Investigation Branch revealed reports of 1,217 marine accidents and incidents involving 1,307 vessels in 2020.

Two commercial fishermen lost their lives, compared with five in 2019 and six in 2018.

However, the report added: “Regrettably, six commercial fishermen have lost their lives so far in 2021, so the low figure for 2020 cannot be viewed as marking a significant improvement in fishing safety.”

Instead, it is believed the comparatively low number of accidents last year reflected a significant reduction in maritime activity due to Covid-19 from March to May.

The rate of accident reportsg increased later in the year, but remained below the 5-year average. However, a spike in reports of leisure craft accidents between June and September brought the total number of accidents for the year up to normal levels.

One such accident was the sinking of an ex-fishing vessel, the Globetrotter, off the coast of Fleetwood at around 8am on May 31.

The boat grounded, began taking on water and sank, resulting in the death of a Blackburn man in his 30s.

The body of the man was found following a rescue mission involving two lifeboats and the Coastguard’s search and rescue helicopter.

Two other people, a man aged 71 from Accrington and a man aged 70 from the Blackburn area, were taken by ambulance to hospital, suffering from shock and the effects of the cold water.

The boat was one of seven reported recreational boat accidents resulting in the loss of life in UK waters last year. Another British national was killed by a speedboat in French Polynesia while snorkelling from a UK sailing yacht.

The MAIB annual report includes statistics on accidents to UK ships and seafarers worldwide, and to foreign flag vessels and their crews in UK waters.

Chief inspector of marine accidents, Captain Andrew Moll, said: “On paper, 2020 was a safer year for the UK fishing industry, with only one accident resulting in fatalities. Regrettably, six commercial fishermen’s lives have been lost already in 2021, meaning that eight commercial fishermen have lost their lives in the six-month period, November to May. While the investigations are ongoing, the indications are that five lives were lost as a result of small fishing vessels capsizing or foundering quickly.

“The accidents involving leisure and recreational craft… are quite varied, but two themes are worth mentioning. As the tragic accident onboard the motor cruiser Diversion (River Ouse, York, December 4 2019) demonstrated, lives are still being lost due to carbon monoxide poisoning. There can be many sources of carbon monoxide on a cruising vessel, including the main engines, generators, heaters and cooking appliances. Owners of craft with enclosed accommodation spaces are strongly advised to fit a carbon monoxide alarm suitable for use in the marine environment, and to test it regularly.

“Two accidents involving personal watercrafts and rigid inflatable boats show how vulnerable passengers are to injury when these craft collide or hit stationary objects while travelling at high speed.”