The Minister of Mines and Steel Development, Olamilekan Adegbite, on Monday said out of 2,670 mineral exports made from Nigeria between January 2013 to June 2017, only 56 were issued Mineral Export Permits by the ministry and acknowledged to have paid royalties based on documents from the Nigeria Customs Service. 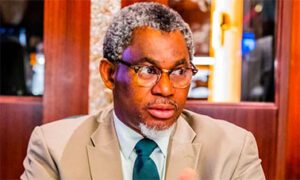 Adegbite said this in his opening remarks at a stakeholders’ consultative forum on Draft Minerals Export Exports Guidelines, Procedures and Documentation requirements held in Abuja.

“Of these, only 56 were issued Mineral Export Permits by the Ministry of Mines and Steel Development and acknowledged to have paid royalties.

“During this period, unpaid royalties amounted to N17bn, which are still outstanding to the Federation Government.”

In order to curtail loss of revenue, he said the Federal Government had embarked on a mission to recover the unpaid royalties from mineral exports, as well as establish measures to block revenue leakages and remove undue bottlenecks in the transaction process of exporters and government regulatory agencies.

“The introduction of electronic processing by the Pre-Shipment Inspection Agent remains the bedrock of the system.

“It will ensure transparency in the determination of quality, quantity and price,” the minister added.

Meanwhile, the Minister of Finance, Budget and National Planning, Zainab Ahmed, has said that there was an urgent need to improve policies and regulations in the Nigerian solid mineral sector.

She said the implementation of these policies would create a conducive environment for mining businesses in the country.

According to a statement by her Special Adviser, Media and Communications, Yunusa Abdullahi, the minister spoke at the consultative forum.