Another 292 people were rescued from a small boat on the English Channel on Tuesday, according to French maritime authorities, as a steady stream of migrants strive to reach Britain. 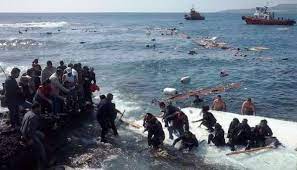 Several ships from the French Navy, coastguard and customs authority, as well as a naval helicopter, were involved in the rescue operations, France’s Maritime Prefecture of the English Channel and North Sea said on Wednesday.

The rescued migrants were said to be taken to the ports of Calais and Dunkirk, where they were cared for by aid workers, the statement added.

Almost 16,000 migrants had been rescued on the English Channel between France and Britain through the end of August this year a significant increase on the previous years.

The British government, which introduced stricter migrations rules in the wake of Brexit, is keen to reduce the flow of illegal arrivals.

London and Paris recently agreed to tighten their controls along the coasts.

Hundreds of migrants are currently waiting in Calais for an opportunity to cross, while efforts have begun to provide them with decent accommodation.

Three members of aid organisations are hunger-striking in the port city in protest against the miserable living conditions.

This is prompting a visit by the head of the French Office for Immigration and Integration (Ofii) in a bid to mediate.

The term refers to a notorious tent city where 9,000 migrants had been living before police evicted the crowds in 2016.