More than two-thirds of Africans (65 per cent of the continent’s population) survived COVID-19 or rather have been infected by Severe Acute Respiratory Syndrome Coronavirus Type 2 (SARS-CoV-2), the virus, which causes COVID-19, according to a World Health Organisation (WHO) analysis. 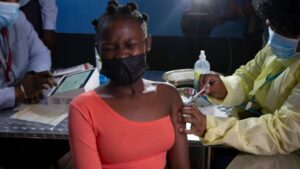 The study, published yesterday, found that true infections on the continent were 97 times larger than reported confirmed cases.

The examination, which is available as a pre-print under peer review, synthesised 151 studies published on seroprevalence in Africa between January 2020 and December 2021.

The study showed that exposure to the virus rose sharply following the emergence of the Beta and Delta variants.

However, seroprevalence varies widely within and across countries in Africa – higher in dense urban areas – and between age groups, with children aged zero to nine years having fewer infections compared with adults. Exposure to the virus also varies between countries and Africa’s sub-regions: Seroprevalence appears to be highest in Eastern, Western and Central African regions.

Also, preliminary results of an ongoing seroprevalence study in Nigeria showed that more than 50 per cent of Nigerians, over 100 million people, survived COVID-19.

WHO Regional Director for Africa, Dr. Matshidiso Moeti, during a virtual press conference, said: “This analysis shows that current reported COVID-19 confirmed cases are only a fraction of the actual number of infections on the continent.”