Home » Adalikwu’s Emergence As MOWCA Boss A Plus For Nigeria, Africa — Adetokunbo Kayode

Adalikwu’s Emergence As MOWCA Boss A Plus For Nigeria, Africa — Adetokunbo Kayode

The Organised Private Sector in Africa has commended the election of Dr Paul Adalikwu as the Secretary General of Maritime Organisation of West and Central Africa (MOWCA). 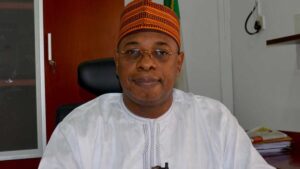 A statement issued on Wednesday in Abuja by Prince Adetokunbo Kayode, the President, Nigeria Private Sector Alliance described the development as a plus for Nigeria and Africa.

According to him, Adalikwu will bring his wealth of experience and dynamic competence to bear on the organisation.

“He has state, national and international exposure and very rare has any person been more competent for this assignment.

“The organised private sector in Africa and indeed Nigeria is very appreciative of President Muhammadu Buhari for this nomination and support for the emergence of the new executive secretary.

“We have no doubt Dr Adalikwu will make a world of difference in this position to ensure the development of the maritime sector in West and Central Africa.

“We know the new executive secretary is aware of the clear and urgent need to bring up to speed the maritime sector for the purpose of realising the critical objectives of the African Continental Free Trade Agreement (AfCFTA).

“The development of the African Maritime sector is key to our realisation of the noble ideals of AfCFTA.

“Dr Adalikwu’s position will now go to support the leading and dynamic roles Dr Akinwumi Adesina, President of the AfDB and Prof. Oramah, President of the AFREXIM Bank are playing in bringing socio-economic development to Africa,’’ Kayode said.

While congratulating the Minister of Transport, Rotimi Amaechi and Sen. Gbemi Saraki, Kayode stressed that the organised private sector would leverage the opportunities provided by the development to support the growth of Nigeria’s economy.