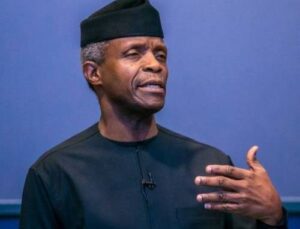 Osinbajo made this known on Monday at the fourth Edition of the National Tourism Transportation Summit and Exhibition in Abuja.

The vice president, represented by Mr Folorunsho Coker, the Director-General, Nigerian Tourism Development Corporation (NTDC), described the AFCFTA agreement as a great mutual benefits for countries that signed it.

“The AFCFTA action agreement is a wonderful thing to happen at this time because of the increase in revenue that it will generate, particularly jobs for young population in Africa.

“It will also enhance increase in disposable incomes for households, those increases we need and it is a good thing that we are in this collaborative agreement with 51 countries that have signed it,’’ Osinbajo said.

He called for the review of laws regulating tourism industry in order to meet the international standard.

“A lot of rules and regulations are bit old; they need to be 2025 laws for us to be able to compete with the rest of African countries that recognised their laws.

“We need to review our laws, taking advantage of our population,’’ he said.

The vice president identified human capital development, funding and use of technology as requirements to properly implement the AFCFTA agreement.

“The new technology that needs to be brought to bear for the freedom with which we want people on goods and services to move across Africa.

“Funding has to be well utilised in an appropriate technology at appropriate time so that the country will not be left behind by its neighbouring countries or countries that seek to compete with us in goods and services.

“One of the most important things is the sustainability of this new idea; it is a noble idea that is sustainable; it is a policy that must embrace and stand with for the rest of time,’’ Osinbajo said.

In his goodwill message, Chief Abiodun Odusanwo, the National President, Institute for Tourism Professionals of Nigeria and Chairman Inter-ministerial Organising Committee, said that the summit focussed on economic sustainability.

Odusanwo said that the summit also aimed at bringing African countries together to promote free trade capable of enhancing transportation and tourism within the continent.