The Minister of Industry, Trade and Investment, Otunba Adeniyi Adebayo, on Wednesday expressed his optimism that exports would witness tremendous growth in African countries and around the world within the next two years. 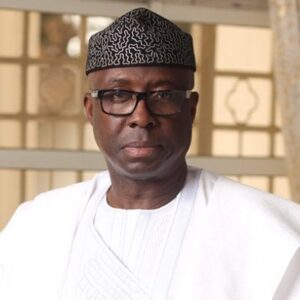 Adebayo made the remark at the end of the Sub-national Engagement of National Action Committee on the African Continental Free Trade Area (AFCFTA), which took place in Asaba.

Represented by the Director, Trade in the ministry, Mr Aliu Abubakar, the minister said that the Federal Government was working assiduously to ensure that Nigeria met the standards set by the continental body.

He said that the ministry had set targets to achieve in the next two years, adding that this was the era of global exports.

According to him, Nigeria has the market and is also committed to honouring trade agreements.

“We will safeguard the economy through export of goods and services to other countries and we will ensure that Nigeria takes the right steps to promote its economy so that we will be able to continue to provide services to Africa and improve our ranking in trade.

The minister said that the committee had visited six states, including Kaduna, Bauchi, Nassarawa, Lagos, Ogun and Delta, to explore export opportunities in the states.

“Resources abound in the states, we will be working with the states and local governments and we will be visiting all the 36 states to sensitise them on the benefits of AFCFTA,” he stated.

Read Also:  IMO Leads Support For Maritime Security In The Gulf Of Guinea

Also speaking, Mr Francis Anatogu, Secretary of the National Action Committee on AFCFTA, said the visit to Delta was to start a process and to sensitise the government on implementation, value-addition and to make the state to advantage of AFCFTA.

According to him, the visit will also provide an avenue to work with other states to develop products they will be selling to Africa for economic gains.

“We are working to scan the environment to find out where gaps exist so that we can take our complaints for resolution.”

Similarly, the Economic Adviser to the Delta Governor, Mr Kingsley Emu, said that aligning with AFCFTA would yield huge dividends for the states.

He said, however, that it was imperative for standards and quality of goods and services to be maintained and for commitments to be respected.